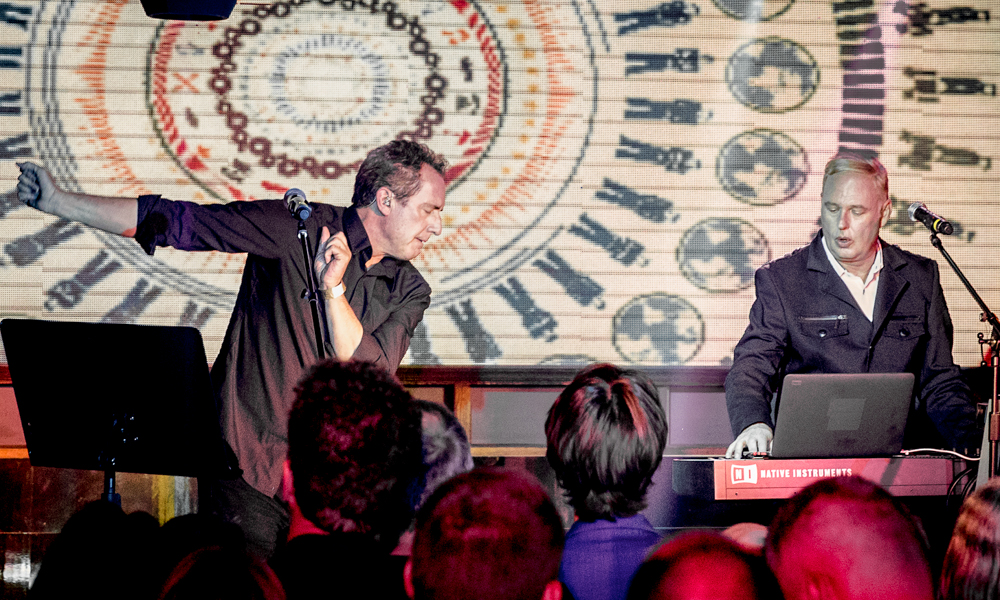 OMD at the Roundhouse | Live review

The Punishment of Luxury, Sailing on the Seven Seas

One of the UK’s finest exponents of electronic synth-pop, the legendary Orchestral Manoeuvres in the Dark stopped off at the North London venue as part of their ongoing tour to coincide with the release of their 13th studio album, The Punishment of Luxury, which came out on 1st September.

Singer, co-founder, bass player and dancer extraordinaire Andy McCluskey remarked on how great it was to be back at the “weird and wonderful” Roundhouse. “There will be new, there will be old and there will be dancing,” he added, energetically displaying his flair for the latter early on on songs like Ghost Star and Isotype, outstanding tracks from the new album.

The first older tune of the night was Messages from 1980 and it was unsurprisingly given an enthusiastic reception from what seemed like a capacity crowd. Tesla Girls and the brilliant One More Time – again from The Punishment of Luxury – effortlessly continued this momentum.

Co-founder Paul Humphreys stepped out from behind his keyboard to treat the audience to a rendition of the sublimely melodic (Forever) Live and Die, before McCluskey announced that the band would be including an extra song in their set – If You Leave – that hadn’t been played on the tour up until that point.

He explained that it was because keyboard player/saxophonist Martin Cooper – who first became a member of the group in 1980 – wanted to use his saxophone on more than one number (the other being So In Love). The microphone was then handed back to Humphreys for Souvenir, one of OMD’s best-known tunes.

Joan of Arc (Maid of Orleans) once again saw McCluskey indulge in some spectacular body movement. “Dance as if nobody’s watching,” was his advice as he accepted the wild applause. What Have We Done and The Punishment of Luxury were further highlights from the new record – especially the latter, which already has the makings of a classic – while Sailing on the Seven Seas and Enola Gay were the perfect way to close out the main set.

McCluskey, Humphreys, Cooper and drummer Stuart Kershaw came back out for an encore that consisted of Walking on the Milky Way, Secret and Electricity, their “oldest and fastest” track.

Despite the advancing years, OMD remain on top of their game and are making some of the best music of their 39-year career. The new songs have a timeless yet contemporary quality about them that ensures they fit in well alongside the classics, while McCluskey’s amazing voice and stage presence help carry the live show to another level.

Watch the video for The Punishment of Luxury here:

The Punishment of Luxury, Sailing on the Seven Seas