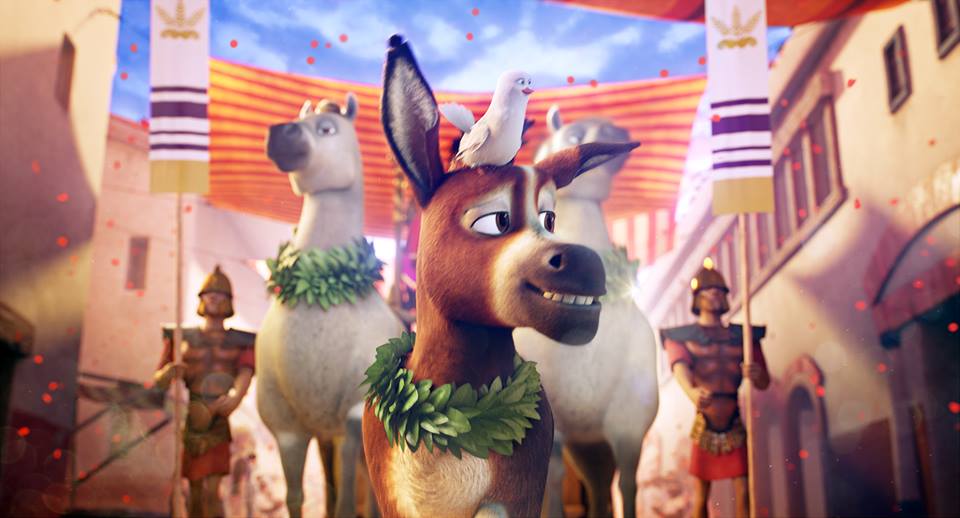 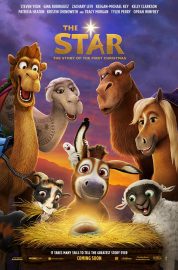 The Star, directed by debutant Timothy Reckart, aims to cash in on the imminent Christmas fervour with a nativity story told through the lens of Bo, the humble mill donkey from Nazareth. Our anthropomorphic adventurer becomes ensnared in the story of the birth of Jesus and, together with a host of other animals, follows Mary and Joseph on their journey to Bethlehem.

Our hero Bo, voiced by Steven Yeun of Walking Dead fame, finds himself in a rut at the mill he is forced to work in, but a series of serendipitous events played out alongside his trusty best pal Dave the dove (Keegan-Michael Key) land him in the care of Mary, with whom he is destined for incident.

The Star is, as expected, laced with Christian sentiment; the majority of the soundtrack is inspired by gospel and hymns, with allegorical elements spliced into the storyline at every opportunity. Characters are seen praying on more than one occasion, and those prayers are invariably answered.

It’s a joyous film, celebrating the first Christmas with trademark Hollywood panache, addressing this much-visited tale in a fun and charming manner. Often this approach can border on the mawkish, unsurprisingly given that it often feels like a church Sunday school production with a $20 million budget.

The interactions between the animals offer a platform for entertaining dialogue and prove the most fruitful space for the actors to gel. There is, for example, a tangible bromance between Bo and Dave, while the camel trio Deborah (Oprah Winfrey), Cyrus (Tyler Perry) and Felix (Tracy Morgan) have an undeniable chemistry evident in every scene they grace.

Disappointingly, a strong cast fails to pack much punch, limited by a script lacking in most departments; the comedic talents of Tracy Morgan and Key are particularly wasted. A cynic may suggest the film, similar to the vast majority of major animation releases, has been produced for the guaranteed financial prosperity, offering the audience a commercial piece, rather than an artistic one.

Deborah the camel cannily predicts that people are going to “remember this night”, they did indeed. It’s questionable, however, how long this film will stick in the memory.

The Star is released nationwide on 24th November 2017.

Watch the trailer for The Star here: