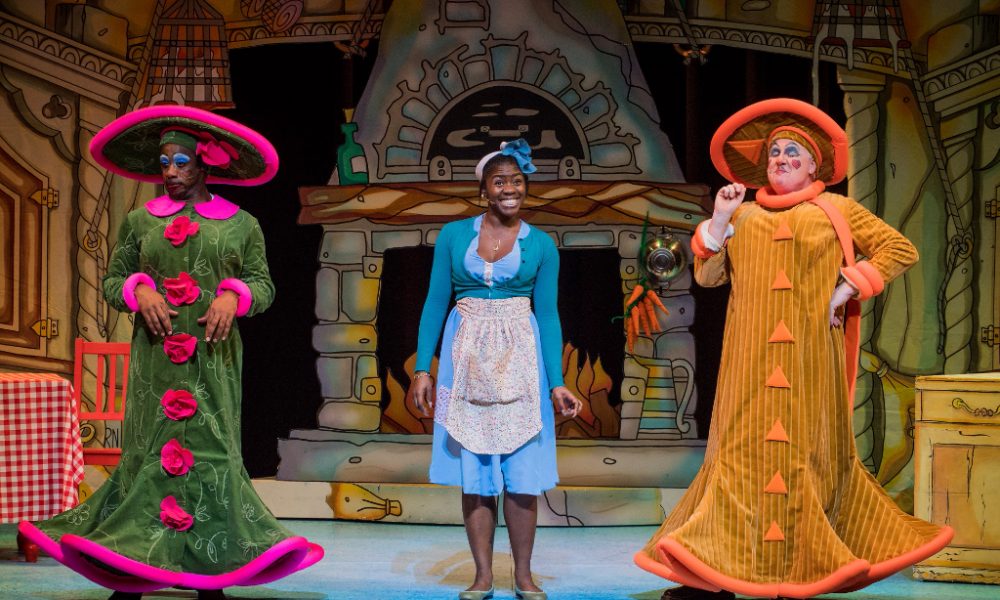 It may be early, but pantomime season has begun. The Hackney Empire always gives an excellent offering, and this year is no exception. It’s got sparkles, stepsisters in drag, a fairy godmother who speaks in rhyming couplets and a dancing horse. What more could we want?

Pantomime lives or dies on the performances, though, and there are some very fine ones here. The lead couple, played by Aisha Jawando and Chris Jenkins, are appealing, if a little anodyne. The meat is in the other roles, not least of which is writer/director Susie McKenna’s turn as the wicked stepmother, Countess Anastia. She’s suitably villainous, and plays her part with vigour that is matched by the stepsisters, drag-wearing Kat B and Tony Whittle.

The necessary slapstick sections are, of course, a hit with children, and even to an adult audience they’re less tiresome than usual. As is customary, there’s some political quips in there too – most notably the extended joke about Stephane Anelli’s reliably entertaining Dandini, the Italian manservant to the prince, being deported thanks to Brexit. Unfortunately, to an East London crowd jokes against Brexit and the Tories have very little edge, which is surely the point of adding politics to a panto. They suit the local heart of the play, however: it’s all set in Hackney, and disparaging remarks are made about the far-off countries of Bethnal Green and Tower Hamlets. It’s also a shame in some ways that most of the music is cribbed from popular hits, though it is good fun when we recognise a song and it definitely gets the spectators on side.

The glitz of a good pantomime is hard to match, and this delivers with tap-dancing set pieces and all the trappings of mandatory audience participation. Children will love this, and their parents will find enough to entertain in the delight of the spectacle.

Cinderella is at Hackney Empire from 23rd November until 31st December 2017. For further information or to book visit the Hackney Empire website here. 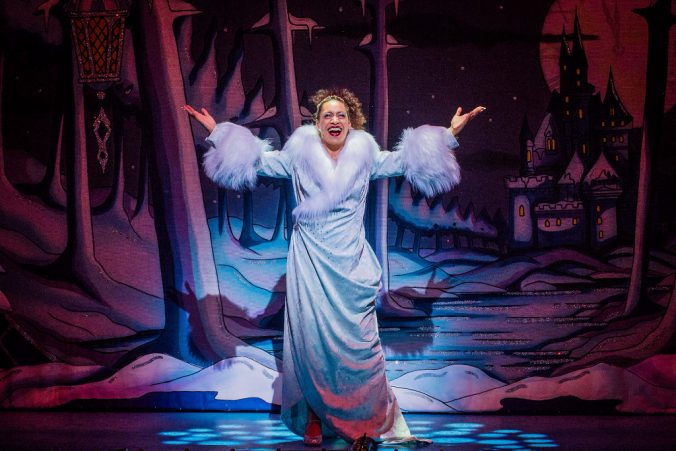 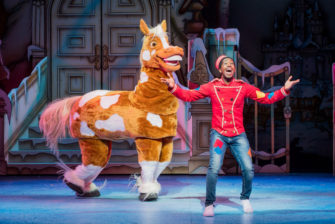 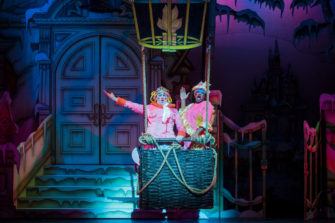 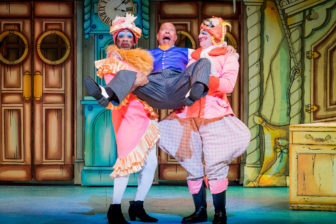 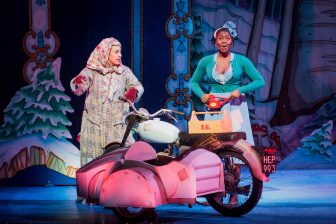 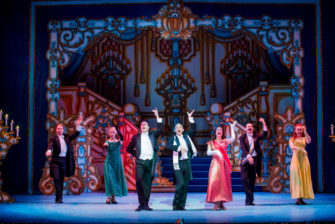 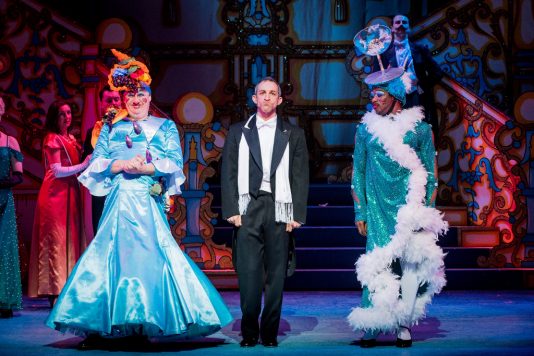 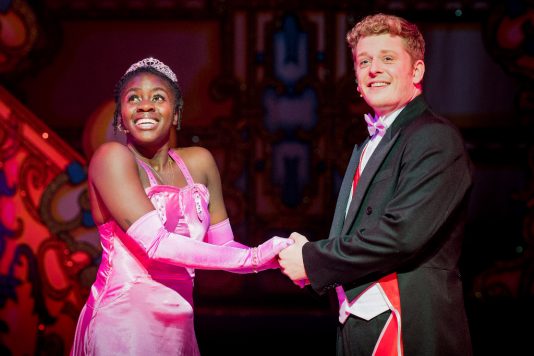 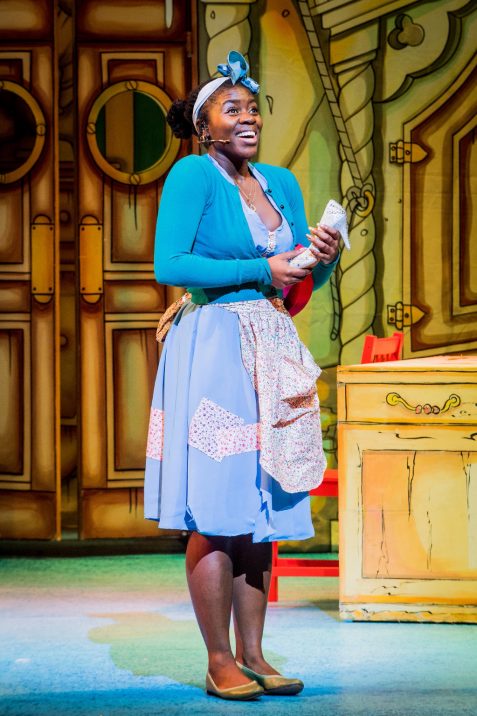 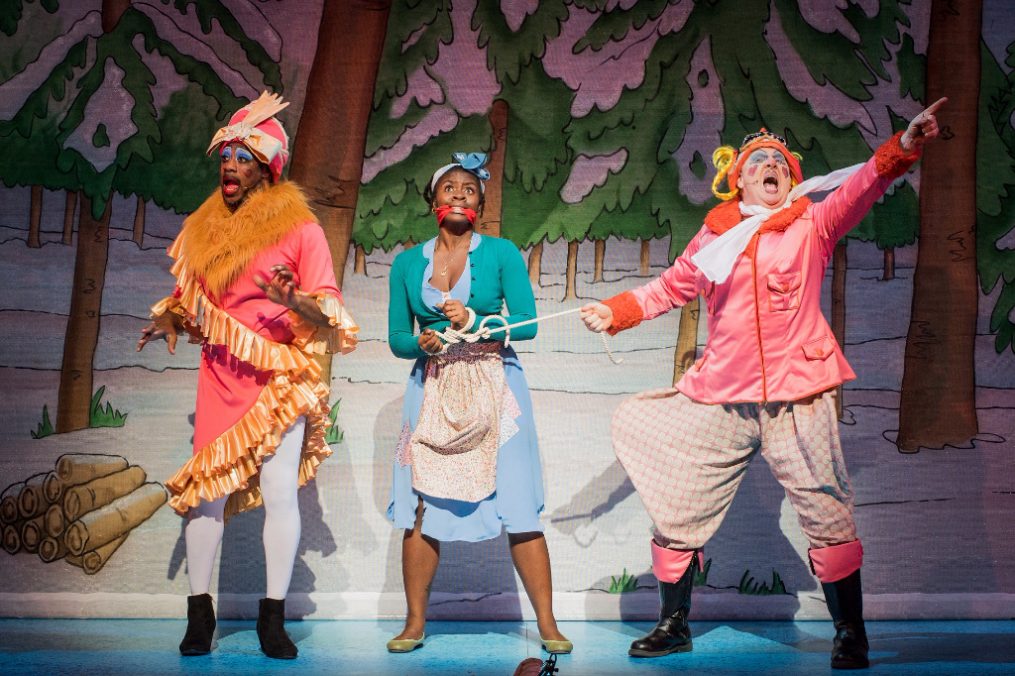 Watch the trailer for Cinderella here: