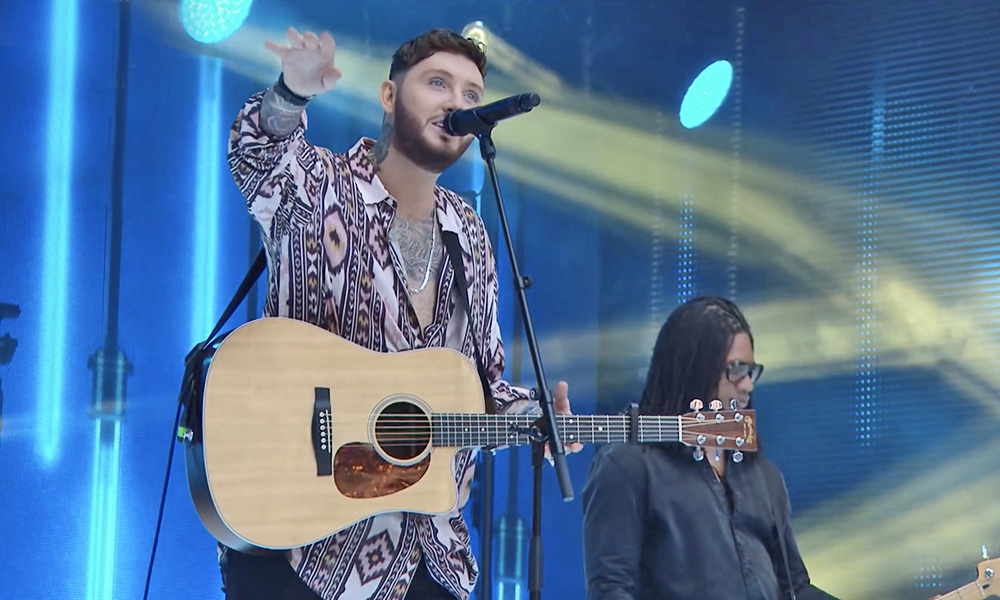 James Arthur has a very loyal fanbase. They stuck by his side during the controversies of the three years between his two albums, as evidenced with a surprise number one hit in 2016 with Say You Won’t Let Go, and came out in full force to sell out Wembley’s SSE Arena on the evening of 24th November.

The popstar had a lot to be grateful for, taking his time to thank the X-Factor voters, Emeli Sandé before he performed Roses, and those in attendance for selling out the venue in his first UK arena tour. He rewarded their loyalty by delivering an electric vocal performance with a passion that suggested he truly is back from the edge, belting out hit, after catchy album cut, after hit over the course of 90 minutes.

Even after he left the stage, he came back on for three more songs, including fan-favourite Rudimental collaboration Sun Comes Up, as if to make sure his followers were fully getting their money’s worth or that he was challenging the third Lord of the Rings movie for most false endings in pop culture.

The concertgoers provided a warm reception throughout but were most present when he was covering tracks like Cry Me a River or Careless Whisper, during a segue when he paid tribute to George Michael. It’s not so surprising considering that the artist became a star through a cover anyway – of course referring to Impossible, which was, predictably, a highlight where audience participation nullified Arthur’s necessity to sing. But not even the live-streamed world premiere of new single Naked could elicit the same level of crowd responses. Presumably because nobody except the backing singer wanted to voluntarily sing “I’m standing here naked, naked, naked”.

The runner-up for MVP was whoever was responsible for directing the lighting. A range of vivid colours and diverse illumination shapes enhanced the spectacle, which was sporadically aided through ornaments such as raining confetti and a butterfly cross. The show opened with a sports montage, aimed to be inspiring, but proving to be ultimately unnecessary as the theme was discarded by the 10-minute mark.

It’s time for Arthur to go bigger. He’s sold out Wembley, and has a voice that’s certainly capable of travelling further but it may take something more inspiring than Naked. Regardless, the fans will be turning up to support him anyway: the arena is still echoing with cheers.

Watch the video for Can I Be Him here: