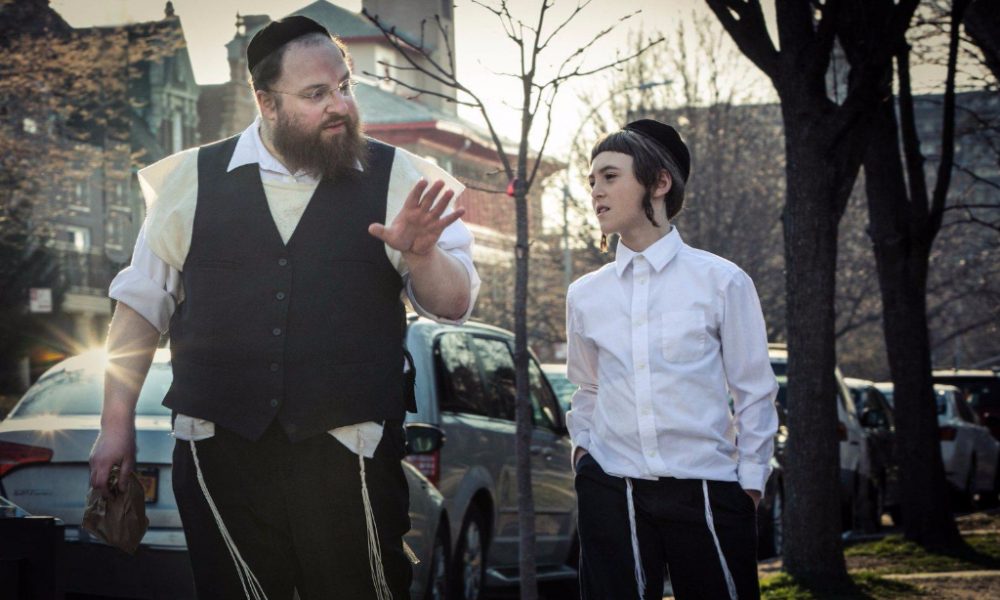 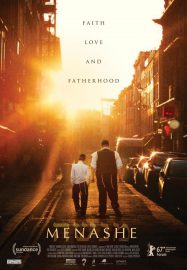 Set within the New York Hasidic community in Borough Park, Brooklyn, Menashe – Joshua Z Weinstein’s directorial debut –follows a gentle but ill-fated grocery store clerk trying to maintain custody of his son, Rieven, after his wife, Lea, passes away. Within the confines of Talmudic tradition, he cannot have custody of his child without a mother present in the home, and thus Rieven is adopted by Eizik, Menashe’s tradition-bound brother-in-law.

Menashe’s Rabbi then decides to grant him one week to spend with the boy before Lea’s memorial service. Their time together creates both an emotional bond between father and son as well as, perhaps more fundamentally, an individual going against the communitarian Hasidic values. At first, the neighbourhood is sceptical of Menashe and his “rebellious” ways of evading the shackles of tradition, but the journey undergone is one of self-fulfilment and the protagonist is, at the film’s denouement, integrated back into the community. This is evidenced by a superb juxtaposition between the first and final sequences where, at the beginning, we see Menashe clearly envisioned as “outside” the community – he is walking the streets of New York while not wearing the orthodox attire – contrasted with the final scene in which we see him blend in with the multitude of Hasidic Jews walking the very same streets, each (including Menashe, of course) wearing traditional yarmulke and tzitzit.

The narrative of the film is loosely based on the real-life protagonist Menashe Lustig and is shot almost entirely in Yiddish, whilst also maintaining the documentary – almost social commentary – style within the parameters of the Hasidic community, and not capturing any form of American cultural imperialism. There are comical elements throughout the feature – mainly Chaplinesque slapstick – but at the same time the challenge that Menashe must undergo is genuine. He is a man, within the confines of a judgemental society, trying to lead – what he believes – is a more “down to earth” life, while simultaneously holding up his own morals and principles as opposed to the abided-by Talmudic traditions.

Nothing in Menashe is portrayed in a strongly politicised way. Weinstein does hint at the firmness of the patriarchal society – showing barely any women – but this argument is not put to the forefront, and neither is it the film’s goal to achieve a politicised message about Judaism in American culture. This follows through to the conclusion of the feature: it is a refreshingly open-ended conclusion, as opposed to the conventional, fantastical and rounded end to movies. It shows a man merely accepting what is best for him and his son within their community, and sometimes this is beautiful to see on screen.

Menashe is released in selected cinemas on 8th December 2017.

Watch the trailer for Menashe here:

Blade of the Immortal | Movie review
The Crown 2 | Show review