Pinocchio at the National Theatre 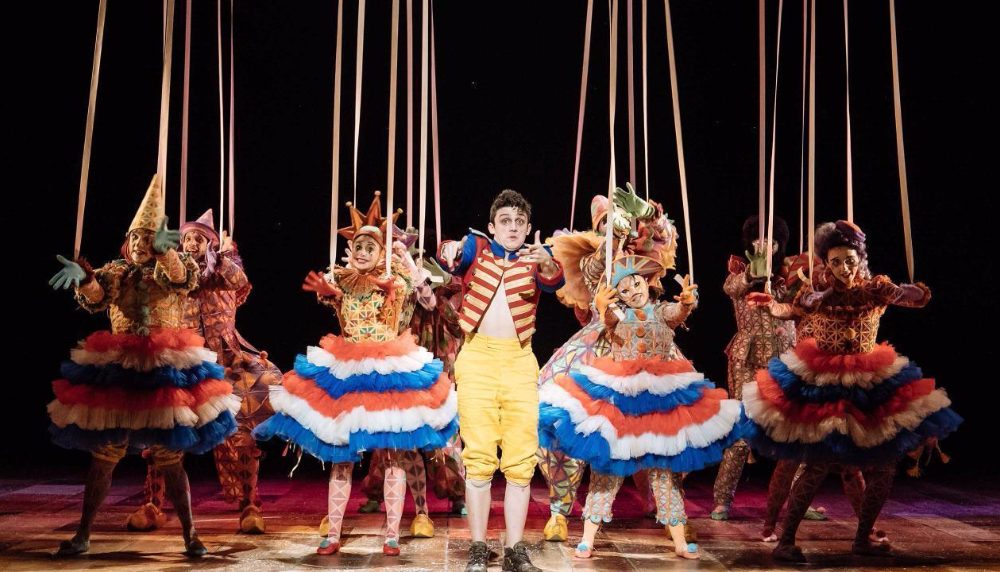 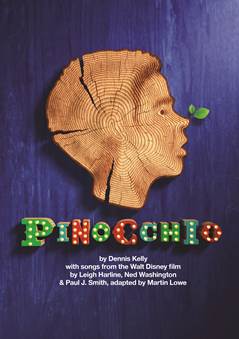 It’s clear the National Theatre had some West End-sized ambitions when putting together Pinocchio. Not only has the production managed to snag the classic songs from the 1940 Disney film (in new arrangements by Martin Lowe), it’s also been adapted by Matilda‘s Dennis Kelly and directed by Harry Potter magician John Tiffany. And superficially, at least, it has the kind of spectacle that could see it secure a future beyond its current run. However, it fatally lacks that transcendent spark, stuck with a wooden heart instead of something real.

Part of the problem is that Kelly hasn’t done much to tighten up Pinocchio‘s baggy moral lessons. Despite the transformative nature of the ending, the play is a series of set pieces – Stromboli’s creepy circus, the mania of Pleasure Island, Monstro’s monstrous mouth – in place of a satisfying, engaging narrative. Kelly also fails to inject the dark, crackling wit found in his other work, producing an adaptation that isn’t sentimental enough to be sweet, nor sharp enough to draw regular laughs.

The frustrating thing is that there are flashes of a livelier show, namely in the characterisations of Jiminy Cricket and the dastardly Fox. The former is arguably the production’s highlight; as played by Audrey Brisson and co-puppeteer James Charlton, Pinocchio’s little green conscience is like a hoity-toity older sibling, projecting her own germaphobia and hypochondria onto her wooden ward. At the other end of the spectrum is the delicious nasal sneer of David Langham’s Fox, a Roald Dahl-esque villain who tempts Pinocchio with fame, pleasure and money. In comparison – and as tends to be the case with fairy-tale heroes – Joe Idris-Roberts’s titular character can’t help but feel a bit limp, never impish enough to be convincingly naughty.

Now the selling point of this production likely isn’t the story but the stage magic, and of that there is plenty. Tiffany conjures both the light and the dark, best shown in the beauty of the Blue Fairy’s floating flame and the body horror of Pleasure Island’s donkeyfication. Yet, really, the director is servicing Bob Crowley and Toby Olie’s stupendous designs. The sense of scale is fantastic; every human character is rendered as a giant puppet, making the adult world utterly terrifying. This is especially true of the bad guys – Stromboli and the Coachman have these huge porcelain doll-like heads, nightmarish visages that heighten how out of his depth Pinocchio is.

But, but, but…there’s something missing. Even with Tiffany’s tricks and the wondrous puppetry, Pinocchio ends up being a low-level charmer rather than a grin-inducing eye-popper. It’s a string of “oh that’s cool” moments that never coalesces into more than the sum of its sporadically magical parts.