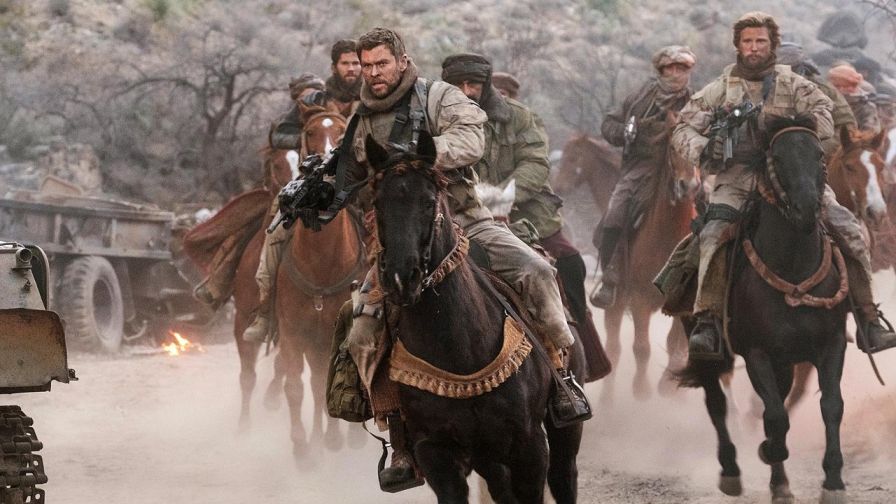 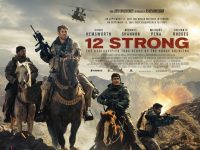 Many action movies can’t do action. It seems beyond them, like a formula that must be fulfilled by bored directors. When a viewer falls asleep during an explosion, the fault is with the filmmakers. But photojournalist-turned-movie director Nicolai Fuglsig has created action so engaging, exciting, and emotional that if the audience is bored, it’s their own fault.

12 Strong tells the story of Task Force Dagger, a mission set in motion shortly after the September 11th attacks, where 12 soldiers in the US Special Forces (the “Green Berets”) were dropped into Afghanistan for a covert operation to help the Northern Alliance defeat Taliban and Al-Qaeda forces. Led by Captain Mitch Nelson (Chris Hemsworth), and assisted by Chief Warrant Officer Hal Spencer (Michael Shannon), the 12 Green Berets must learn how to work with the leader of the Northern Alliance, General Abdul Rashid Dostum (Navid Negahban), to capture the Taliban-controlled city of Mazar-i-Sharif.

The core brilliance of 12 Strong is in its battle sequences, which are some of the loudest, dirtiest and most violent scenes put to cinema. Fuglsig’s experience of documenting the conflict in Kosovo clearly informs his understanding of the brutal sights and sounds in a warzone, but he also injects many emotional connections. Rasmus Videbaek’s on-the-ground cinematography drops the viewer into the battlefield, littered with sharp bullets and deafening airstrikes, with nothing but a camera to protect them. Fulgsig and Videbaek never reach the emotional tragedy of Spielberg, but match the tremors of an attack by Peter Jackson (they even have the horses).

Despite the emphasis on action, co-writers Ted Tally and Peter Craig occasionally let the characters breathe. These moments don’t overly develop the characters, or allow the audience into an unseen insight – dissolving most opportunities for Hemsworth and Shannon to show off their talents. But the funny camaraderie between the soldiers is infectious, and the viewer feels part of the team.

12 Strong is a gritty, thrilling window into modern warfare, and the depicted Taliban/Al-Qaeda fighters hold a parallel resonance with the current threat of so-called Islamic State. The film provides a piece of history, enabling the audience a little more understanding of present times. Although the weight of sentimentality and the booming, Zimmer-like score removes some of the reality from the experience, it’s a strong and educational sprint into an untold area of modern history.

Watch the trailer for 12 Strong here: