Be Prepared: An interview with actor and playwright Ian Bonar 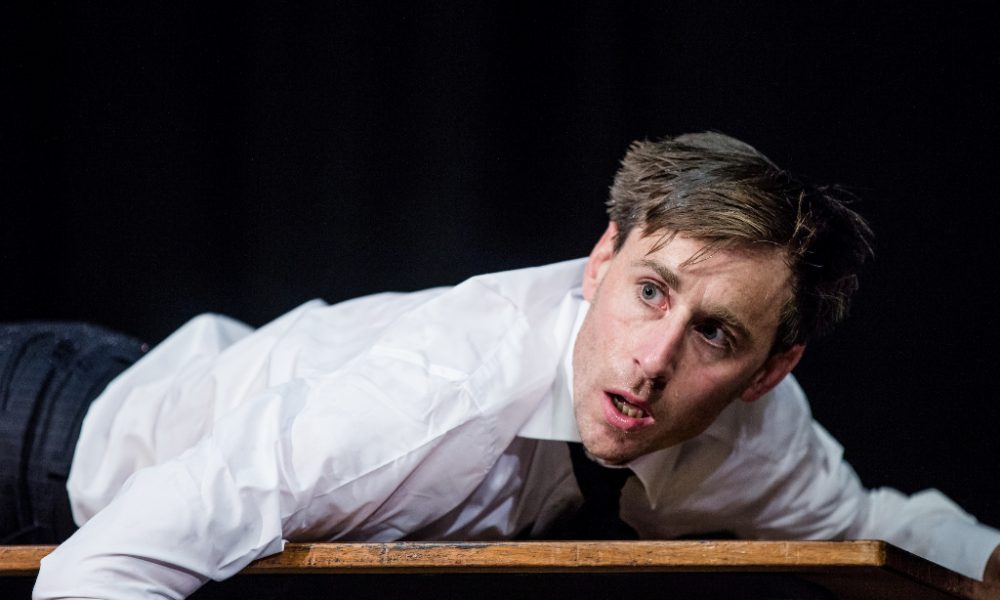 Be Prepared: An interview with actor and playwright Ian Bonar

Actor and playwright Ian Bonar is the original creator and star of the intriguing, poignant and darkly hilarious show Be Prepared – a co-venture with director Rob Watt – which opens at the Vault Festival on 7th February. His second play, St Anthony, was long-listed for the Bruntwood Prize. Ian trained at the The Bristol Old Vic, was part of the Orange Tree Writers Collective, is an alumnus of the Royal Court Invitational Writers’ Group and has impressive credits as a performer in theatre, film and television. Famous as Dave Wiltshire in the BBC television series Hotel Babylon, other TV experience includes New Blood, Southcliffe and Going Postal. In film he is known for his work in Spectre, Skyfall and Atonement and in theatre for Arden of Faversham, The Witch of Edmonton, Brilliant Adventures, The Miracle, As a Penguin and Ma Vie En Rose, among many.

Hello Ian, thanks for chatting with us. You have said your inspiration for Be Prepared was the death of your father and discoveries made about your grandfather. Was the writing of this piece cathartic for you?

Hello! When I started off writing it on my own it was definitely cathartic, but as the piece developed, and it became a story about this other character called Tom (who happens to be a lot like me), I was able to look at the things that happen in the play a bit more objectively.

Did the idea of a single error leading to a change in life direction stem from a feeling that life is erratic, nonsensical and entropic, or that on the contrary, everything is a kind of meaningful, destined coincidence?

I’ll be honest, just had to look up what entropic meant! So, the idea of the telephone error is based in truth. I really did grow up in a house that had a phone number that was one digit different to the funeral director. And people really did phone us by accident sometimes. Losing my dad definitely felt entirely nonsensical. But I also think that maybe we’re all kind of hardwired to try to find meaning in things, so when something like grief hits you, and you absolutely can’t find any sense in it, it can be terrifying. And I guess this chance encounter between Tom and Mr Chambers does feel fateful, especially to Tom, and they grab onto it as it feels like it might somehow connect them to the things they’ve lost.

This is a solo performance – you are one actor telling the story of two strangers who help one another. Are there elements of yourself in these two characters?

Definitely. Tom is very much a version of me. A sort of heightened version of what I felt/feel about things. Mr Chambers is an amalgamation of my grandad’s memoirs that I found, and my imagination. Grandad was suffering from dementia when he wrote them and so you can literally see his memories disintegrate on the page. It was a bit like when I decided to call my character Tom and not Ian. Mr Chambers certainly originated in my grandad’s bones with me trying to piece some of his story back together – but he’s very much his own person now as well.

You have stated that: “Grief is…the most beautifully universal thing that we should all maybe share a bit more”. Do the concepts of genuine communication, mutual support and love reflect your world view?

Yeah! I stand by that. Grief can be lonely. I’m not saying we should all sit down in a circle every day and share our stories. That would be awful. But I think it’s important that people feel like they can talk about death in all its fucked-up glory. Because it’s gruesome, and sad, and funny and terrifying, and beautiful and complicated, and, yeah, it happens to us all so we may as well share in that and listen to each other.

Tell us about the role of humour in this piece.

The humour in the show came really naturally. And I knew it had to be funny for people to connect to it. There is a weird sense of hysteria that can happen when someone dies and that’s what I wanted to try and tap into. One of my clearest memories of my dad’s funeral was that we’d accidentally served everyone really out-of-date beer that we’d found in the back of our garage. And when we found out later (because I had a bottle and it tasted rancid) we couldn’t stop laughing, like side-hurting laughing.

Be Prepared is your debut play. Were you nervous about presenting it for the first time or just exhilarated?

Very nervous. Rob [Watt, the director] and I had nurtured the show for so long that it felt very scary to share it with people. But I’m glad we did.

This work was composed as a collaboration. Do you find that writing as a team is beneficial in terms of creativity?

100%. I’d written a version of the play before I met Rob, but he then brought a huge amount to it and the show would be so much less without his input and of everyone else who has been involved.

How do you feel about performing for London audiences? Is there a difference in comparison to other locations?

I’m looking forward to doing it in London because I get to go home and see my wife after the show, but other than that, as long as it’s not just my mum sitting out there on her own, I’ll be happy. It was amazing doing it in Edinburgh as my grandad’s niece came, who I had never met, and she brought some letters she had kept that he had written to her when she was young, which was a really special thing to happen. Audiences are different wherever you go – no better or worse. I think it’s important to not get obsessed with London audiences being somehow different.

Your list of credits in film, television and theatre is extensive. Do you have a preference in terms of medium?

I wouldn’t like to ever just do one. If the script is good and the creative team are good, then that’s all that matters. I feel very lucky to have been able to do a bit of everything.

How do you prepare for a part?

It depends on the part. And the director. It’s good to go to rehearsals with an open mind and be up for trying new ways of working. It was weird for Be Prepared as Tom is obviously so close to me – and we had to keep reminding ourselves in rehearsals that it wasn’t me that was talking, it was Tom. But then I would talk as me, the writer – Ian – about my own experiences, and about the character Tom – who is kind of me anyway – and, yeah, it was a bit confusing sometimes!

Does one performance stand out as a favourite during your career?

I absolutely loved doing this Terry Pratchett adaptation, Going Postal, for Sky years ago. That was one of those jobs where the cast were amazing, the crew, the script – everything just came together brilliantly. And my dad absolutely loved Discworld – so, although he had already passed away by this point, it was cool to be doing something that I knew he would be so excited about. And then getting to do The Witch of Edmonton with Eileen Atkins at the RSC was incredible. She is as awesome as you might expect.

Is there a role you would love to take on or an artist you’d like to work with?

I’m not picky. And will be free for jobs from 11th Feb when the show finishes. Really very free. Nothing booked in, so. I’m available!

What are your interests besides the performing arts?

I’ve been doing a furniture making course recently. Although I nearly sliced my finger off last Saturday so maybe it’s not for me. I’ve been making a little bathroom cabinet out of cherry wood with hand-cut dovetail joints.

If you were not writing and acting, what would you be doing?

Well I’m working on a new play that Rob and I just did a reading of at The Bush with an amazing cast. I’m very excited to see where that goes.

Be Prepared is at Vault Festival 2018 from 7th until 11th Febraury 2018. For further information or to book visit the festival website here.