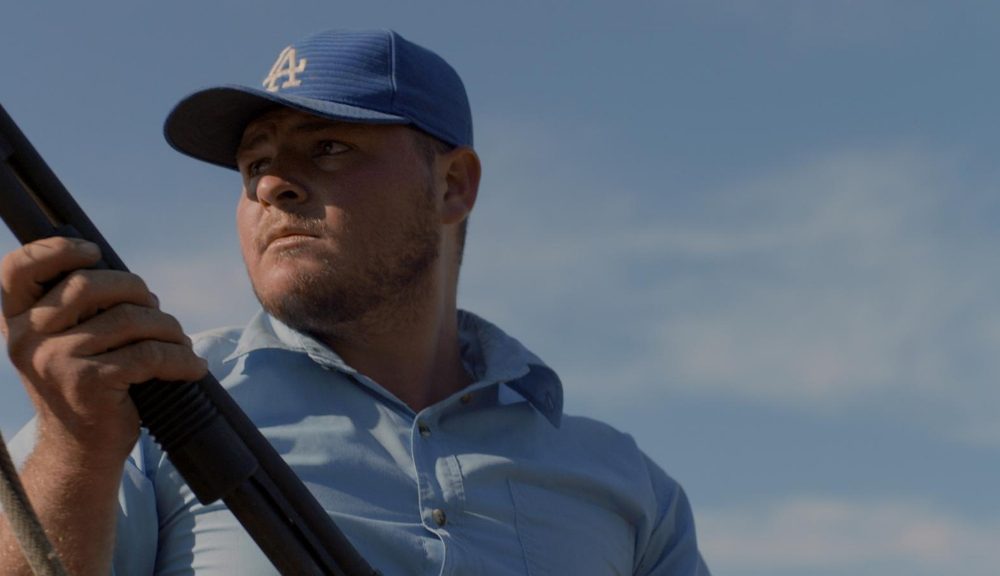 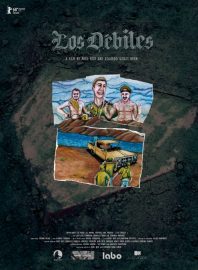 Unfortunately, searching for Sinaloa on Google retrieves several first-page results documenting the Mexican state’s connection with narcotics and violence. Up against this kind of brutality, the plot of directors Eduardo Giralt and Raul Rico’s debut film Los Débiles (The Weak Ones) could feel somewhat anticlimactic. In this feature, Victor (José Luis Lizarraga) spills a drink on 13-year-old El Selfie (Joshua Estrada), and subsequently his dogs are slain. The affronted party arms himself with a handgun and travels through Sinaloa, seeking to avenge his beloved pets.

Notwithstanding the simple storyline, sometimes the thematic elements in Los Débiles are handled skillfully, with the film hinting at intelligent ambitions in its portrayal of violence in rural Mexico. Through the use of long static shots, the auteurs capture the mundanity of rustic life in a developing country. Cartel viciousness is contextualised as a present issue in Sinaloa but it isn’t scandalised, with depictions of brutality mostly absent.

Giralt and Rico also deserve kudos for the use of animal suffering as a medium to explore interesting questions about the effects of cruelty, both from the viewpoint of the perpetrator and victim. The picture has enough self-awareness to have a character remark to Victor: “With all the kidnappings going on right now, who cares about two f***ing dogs?” This contrasts with earlier scenes in which children make a game of senselessly killing rats. The sequence cleverly raises questions about whether these child gangsters are malicious, or if their acts are mostly childish fun gone awry – as well as positioning grief as a subjective force for action.

These elements contribute to Los Débiles having a poetic or fable-like vibe; however, unfortunately, it’s brought down by inconsistent acting and irregularity of tone. Granted, the movie took less than 30 days to shoot and used a non-professional cast, but there doesn’t seem to be much direction given to actors aside from – at times – looking broody. Additionally, the stillness and silence occasionally works well in establishing a contemplative and fatigued atmosphere, but in other instances it falls short and makes the film seem narratively unoccupied and aimless. A lack of dialogue and action – as well as a reluctance to flesh out the plot – further dampens this.

Despite some shortcomings, there are many interesting components to Los Débiles, and it offers a premise that moves beyond fetishised portrayals of violence in Mexico. Although refreshing and thematically aspirational, the feature eventually meanders its way into unsteadiness.

Los Débiles (The Weak Ones) does not have a UK release date yet.

Watch the trailer for Los Débiles (The Weak Ones) here: