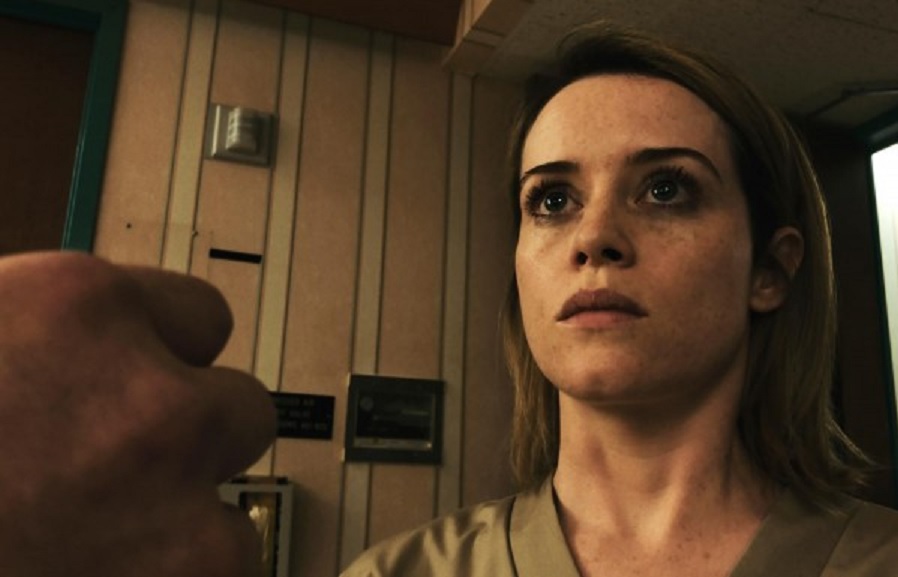 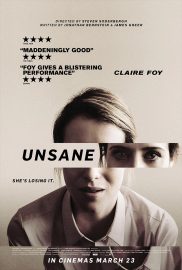 The walls of YouTube are splattered with videos captured by iPhones. Many users fancy themselves as filmmakers, others want to share a funny clip of their cat. It’s plunging the imperfect depths of penniless movie-making. But in the right hands, that gritty and down-to-earth pixilation can result in something great – the same way cheap 16mm cameras helped the French in the 50s and 60s. In the latest low-budget experiment from director Steven Soderbergh, the iPhonic imagery tracks a supposedly sane woman’s descent into trapped paranoia.

Sawyer Valentini (Claire Foy) is a victim of stalking, and has moved to Pennsylvania from her home-city of Boston for a new job and a new life. She suffers from psychological episodes and visits the Highland Creek institution for counselling, where she reveals her considerations about suicide. She is asked to sign a form, then asked to follow a doctor – wherein she is suddenly thrown into the psych-ward as a patient. And she can’t leave.

The film starts out like a worst-case scenario for hospital haters, and gradually drifts into a weird conspiracy plot. Things grow more intense when Sawyer sees the face of her stalker (Joshua Leonard) on one of the orderlies. We enter an flip-flop experience, wondering whether Sawyer’s actually crazy or not. Although that conflict leaves the audience something to think about, the potential for a persistently anxious psychological thriller is removed. It’s not a full-on, panic-attack movie like last year’s Mother! or the upcoming Brit-drama Beast. The script by comedy-writers James Greer and Jonathan Goldstein doesn’t fulfil the character’s sense of insanity, and succeeds most (perhaps predictably) in its dark humour.

There are many tense and aggravating scenes, made all the more arresting by the innovative visuals and Foy’s excellently unstable performance – summoning a sympathetic madness without being too silly about it. The silliness pops in other areas – like the conspiracy, where the hospital is intentionally imprisoning Sawyer to reap her insurance benefits, and the rather stereotypical view of mental institutions. But this does suit the genre that Greer and Bernstein are trying to inflate.

Unsane is a good film and sticks to the viewer, leaving them suspicious of everyone in sight, but doesn’t deliver its potential. The camera-phone visuals are close and intrusive, reminding one of the uneasy compositions in David Lynch’s 2006 movie Inland Empire, and Soderbergh shines with his inspired, post-modern direction. He just needs a more convincing screenplay.

Watch the trailer for Unsane here: