120 BPM: An interview with Nahuel Pérez Biscayart and Arnaud Valois 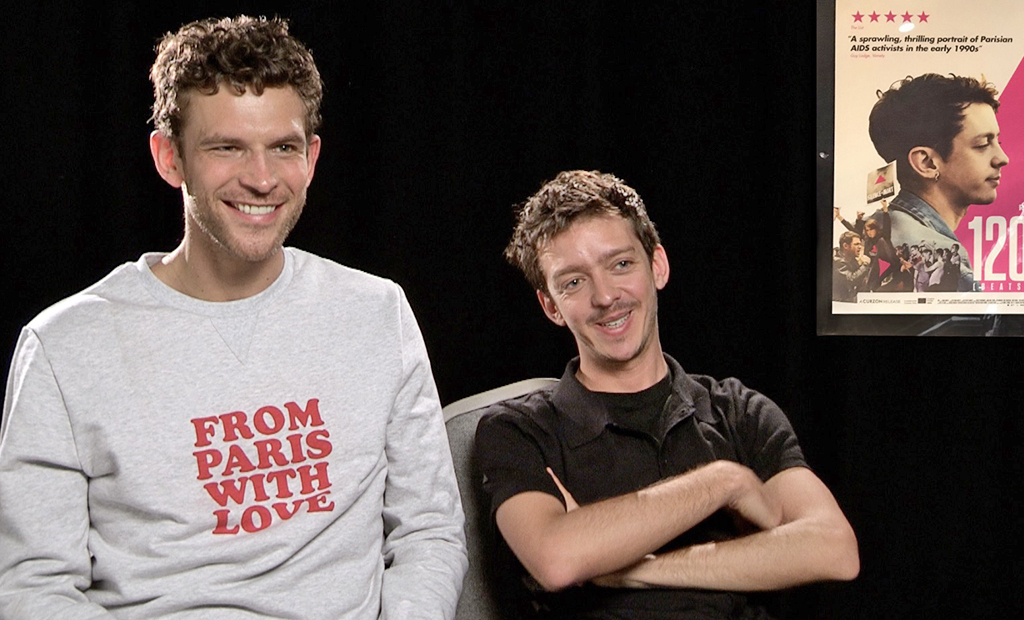 120 BPM: An interview with Nahuel Pérez Biscayart and Arnaud Valois

120 BPM is visceral documentary-style French-language film about AIDS activists, the ACT UP movement, in Paris in the late 80s from director Robin Campillo.

Arnaud Valois and Nahuel Pérez Biscayart lead alongside Adèle Haenel as the young Parisiens pushing for medical research to battle the HIV-AIDs epidemic via any (and often bold) means possible. With Campillio himself having been part of the movement, the blood, sweat and tears poured into the cause are palpable on the screen.

The film has already stirred up a storm at the Paris box office after winning the Grand Prix at Cannes and is now set for UK release this week.

We sat down with breakthrough actor Arnaud Valois and Argentinian actor Nahuel Pérez Biscayart about their preparation for playing their roles, the challenges and opportunities offered by creating a movie with such intensity and the themes around activism and discrimination that can be compared and contrasted to today.

120 BPM (Beats per Minute) is released in select cinemas on 6th April 2018. Read our review here.

Death of a Hunter at Finborough Theatre | Theatre review
Thoroughbreds: An interview with director Cory Finley