Mayfly at the Orange Tree Theatre 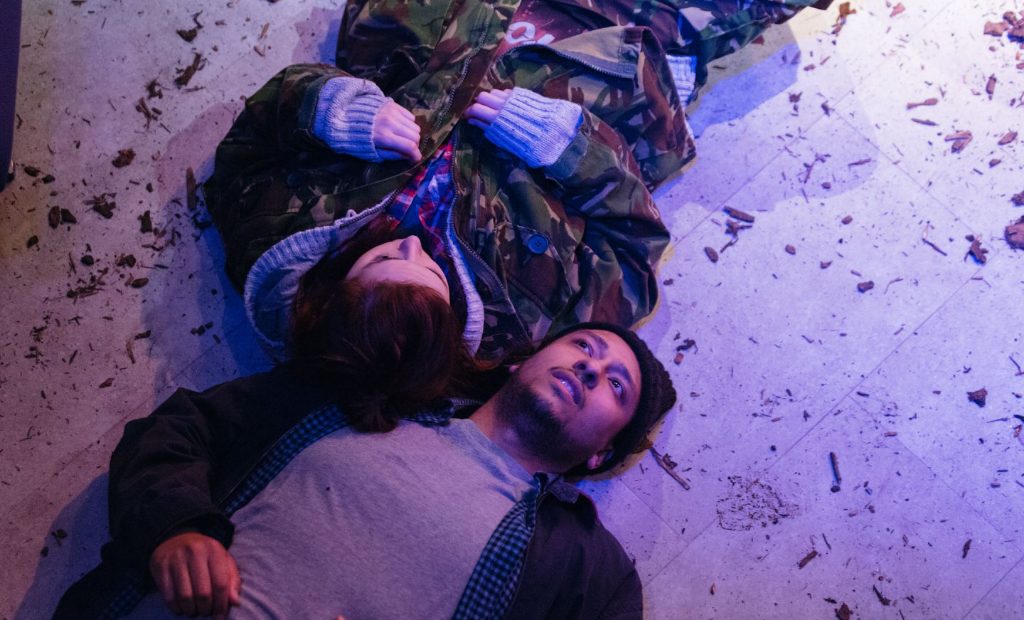 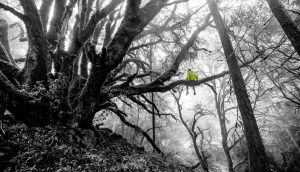 Though grief immediately calls to mind great outpourings of emotion, it can just as often be a cork in the mouth of the bereaved, stopping up what so desperately needs to come out. There’s a reason why it’s called the grieving process: passivity can lock you in a time that no longer exists.

It’s also very messy – apt given the nature of Joe White’s Mayfly. Starting with a riverside rescue – beautifully staged by director Guy Jones, water gushing from the ceiling in beams of obscuring light – the playwright tracks a day in the life of a family fraying at the seams. What can’t be spoken blasts valleys between them, dad Ben (Simon Scardifield), mum Cat (Niky Wardley) and daughter Loops (Evelyn Hoskins) drifting on different planes of existence. That’s until Harry (Ifran Shamji) – a bumbling bartender who becomes a kind of inadvertent ghost at the table-cum-grief counsellor – starts to draw them back together.

Scardifield’s crumpled shuffle, Wardley’s frantic pain and Hoskins’s almost aggressive anxiety are all great. However, the real heart of the play is Shamji’s Harry. The character could so easily be a one-note klutz; instead, he is a young man who, yes, may want to crawl out of his own skin at times, but whose sad life experience has given him a hard-won instinct to care for others.

White is good at capturing in his script how the dead and disappeared become instead embodied by totems for those who remain behind. The sound of a voicemail, the smell of a shirt, the warmth of a jacket. All of these elements combine in the final scene in a way that, at a different time, could be rendered creepy, but here they are naked and raw with the family’s hurt.

It should also be said that the production is pretty darn funny. The humour does not stem from anything that’s particularly macabre, as could happen with the material, but rather from conversational awkwardness between people desperate to speak around anything meaningful – if they want to speak at all.

But there’s a coyness baked into the drama –  a very gradual parsing out of detail, of what has changed, the thudding reminders of how much time has passed – that makes sense with regards to the difficulties of verbalising grief, but which is quite frustrating to watch. The guessing game of what exactly has happened prevents a greater exploration of the specifics of what the family are going through; for too long, the grief exists as something abstract.

Once everything is out in the open the narrative gains a far greater power, as Mayfly starts to grapple with the tough stuff. Yet while White’s buildup does indeed maximise the arrival of a certain kind of catharsis, it doesn’t quite retroactively erase the stiffness and sometimes mechanical nature of the set-up.

Mayfly is at the Orange Tree Theatre from 19th April until 26th May 2018. For further information or to book visit the theatre’s website here.

Sherlock Gnomes premiere: A chat with James McAvoy, his co-stars and the film’s creators
Core by Clare Smyth triumphs at GQ Food & Drink Awards 2018: A chat with the chefs