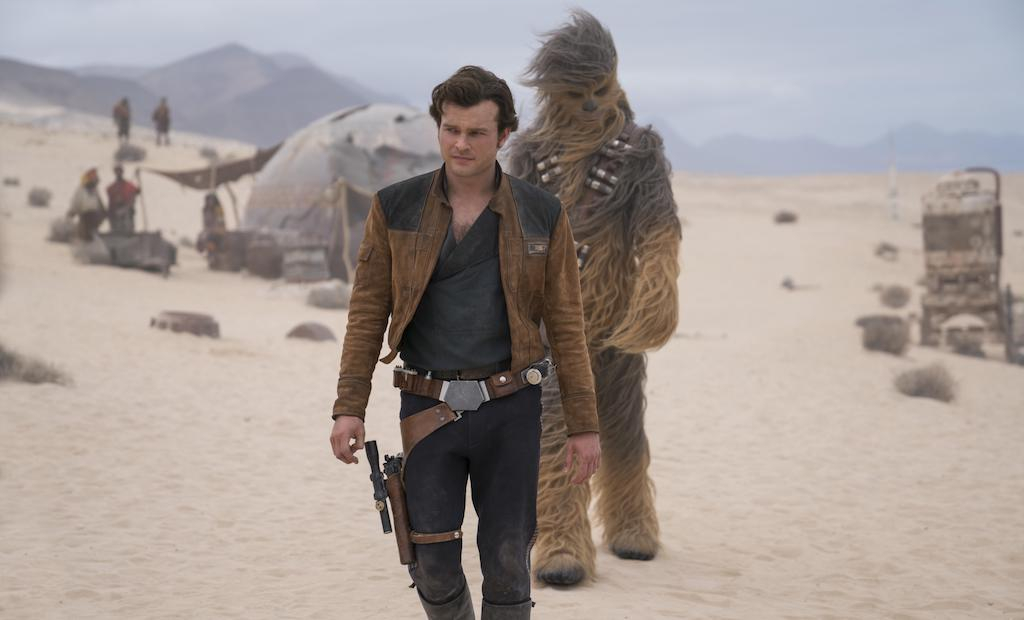 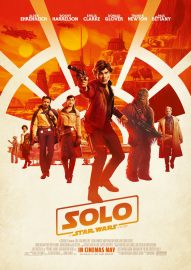 Solo is a fun, conservative, effective convalescent. Ron Howard picks up from original directors Phil Lord and Chris Miller, marshalling something basically coherent, occasionally thrilling and satisfying in that “oh-that-character-again” sort of way. Alden Ehrenreich takes over the title role and is slightly subdued, far away from his superb performance in the Coen brothers’ Hail Caesar!, while Donald Glover exerts coolness – in both senses – as the cape-loving, duplicitous gambler Lando Calrissian. It’s a shame their repartee never really catches fire.

In fact, duplicity is central to the film. The figure of the pirate is given a galactic makeover, as Han falls under the mercenary tutelage of Tobias Beckett (Woody Harrelson), who shapes the arrogant upstart’s tendencies to material self-interest and emotional independence. Han still clings to old flame Qi’ra (Emilia Clarke) who has a shady role under the auspices of the risibly named Dryden Vos (a dry Paul Bettany) on board a malevolent floating shard. This construct is just as keen on unfettered capitalist enterprise.

Various contortions lead Han’s embryonic crew to hunt cylinders of blue liquid – one of the most hilariously inconsequential MacGuffins put to cinema – picking up en route old and new faces, Chewbacca and L3-37 among them. As the latter, Phoebe Waller-Bridge brings some merciful levity as the feminist droid fomenting the robot revolution, offering timely quips about female equality and sexual freedom. Backstories and origin myths are sketched effectively and there is a refreshingly unsentimental regard for the new characters. Don’t get too familiar.

Par for the course, special effects are put to good use: monsters rendered ugly, spaceships exploded, light speed shot across the screen. Howard has a steady hand on the tiller. Despite a story fundamentally rooted in deceit and betrayal, every treachery and bluff is clearly signposted. Like the other new entries, the movie trades on familiarity, providing regular echoes to past and future conquests. But the dramatic irony isn’t overdone: the characters develop in their own right, and this is an overall improvement on the last sidebar entry, the limited Rogue One. We glimpse an old favourite foe too, suggesting a possible further franchise within a franchise. God, what a world we have created.

Solo: A Star Wars Story is released nationwide on 24th May 2018.

Watch the trailer for Solo: A Star Wars Story here: