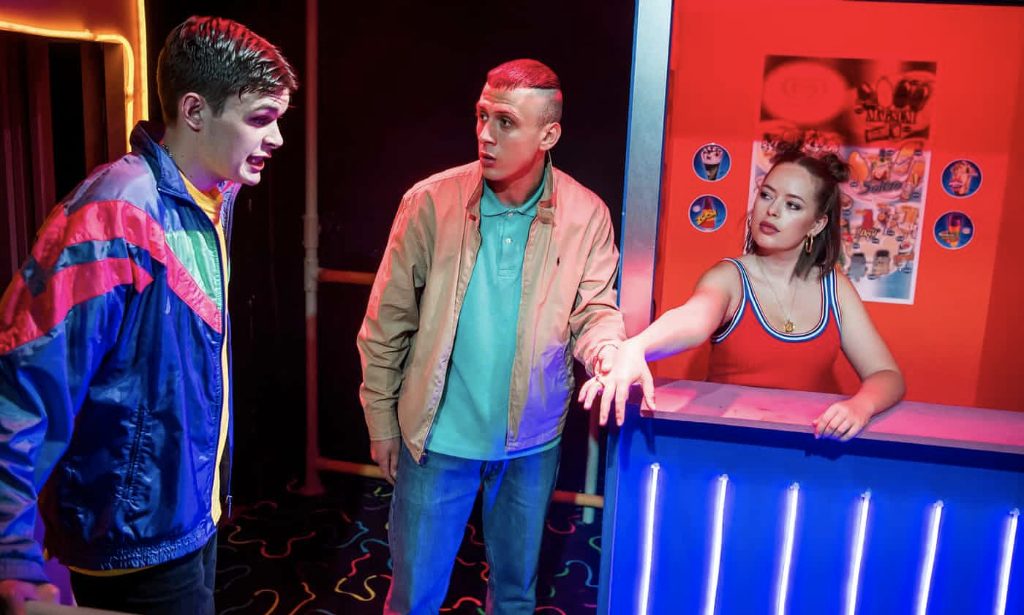 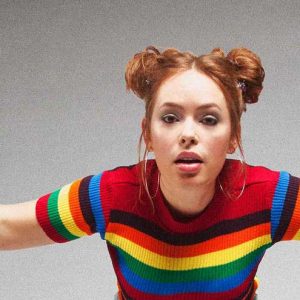 Judy Upton’s Confidence explores growing up in a seaside town when the celebrities someone loves and movies they watch drive them towards somewhere brighter, bigger and more dangerous.

Ella (Tanya Burr) plans to get there, alone, despite what the besotted Dean (Will Pattle) thinks (his risqué talents with a Flake down behind the hoardings notwithstanding). Ella soon strikes a deal with Dean’s bully of a brother, pier manager Ben (Rhys Yates), to help her get rich and out to LA, and not necessarily in that order. Only prissy cafe manager Ruby (Anna Critchlow) or shifty pier landlord Edwin (Lace Okpojaro) may get in her way.

There are parallels between Ella and actress Tanya Burr. Both ooze confidence and entrepreneurial spirit, the latter a YouTube tutorial star with over 3.5m subscribers. Confidence is her acting debut, and this presents the first of the two problems with the production. Upton’s 1990s characters and dialogue are quite removed from 20-somethings today and, as such, they need infusing with a nuance and tension that, for now, Burr does not seem to possess. Also, there are almost cast-wide timing issues, only somewhat balanced by the enthusiasm of Pattle and Yates, but stand-out performances from Critchlow and Okpojaro, whose experience and talent serve as a masthead for the entire troupe. Burr, it would seem, though as game as her character, would have benefited from a less ambitious debut.

What the production does exceptionally well is staging. Amelia Jane Hankin’s set is like a time capsule: Formica tables, dog-eared posters with bubble letters advertising chips at pre-millennium prices, neon signs and fairground colours send the audience back to the 90s with a shiver of nostalgia.

The play is also well choreographed; the interplay and roughhousing between brothers Dean and Ben feels authentic and all characters use the space confidently and naturally. This was no mean feat last night, given that the temperature in the playhouse reached well over 30 degrees, and was only marginally remedied by the ice poles doled out to the sweltering spectators. By the second act, both the cast and audience were cooked – and we weren’t the ones wearing shell suits.

Despite the heat, the weathered dialogue and the demands on the lead, the cast still delivered a performance that made their audience giggle and blush. One only wonders what else might have been achieved if director Rob Drummer had taken his risks not just with casting, but adaptation too.

Confidence is at Southwark Playhouse from 23rd May until 16th June 2018. For further information or to book visit the theatre’s website here.