Octoroon at the National Theatre 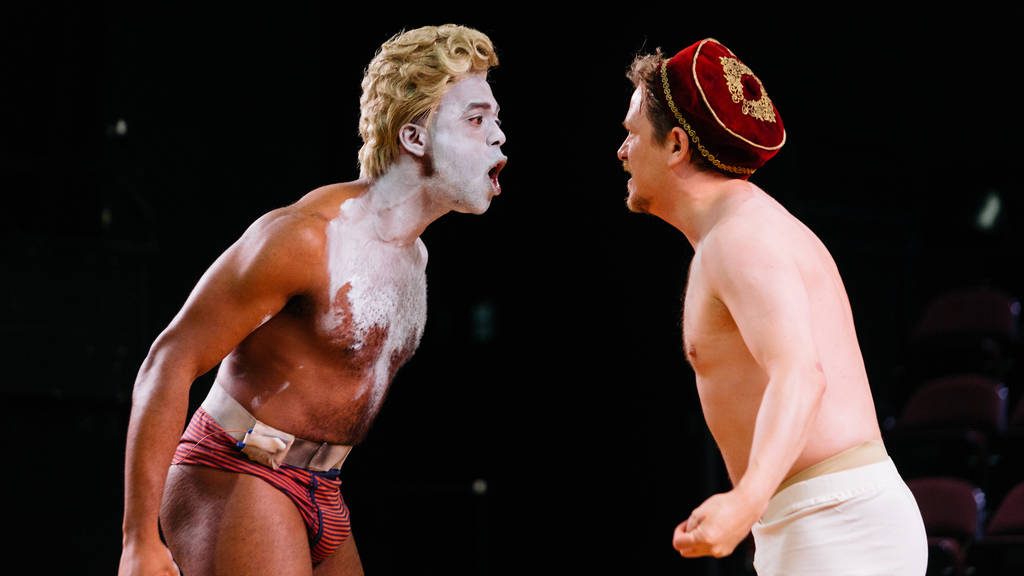 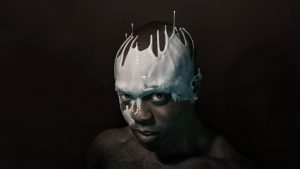 “I’m a black playwright. Whatever that means,” says Ken Nwosu in the role of dramatist Branden Jacobs-Jenkins, dressed only in boxers and socks on an empty stage. In this understated way begins a play of such explosiveness and sprawling ambition you wonder how it escalated so fast.

An Octoroon explores the assumption that black playwrights must address blackness, that they must be sociological rather than universal. By turning our gaze on the countless black tropes in entertainment, the production asks us how they make us feel and invites us on an odyssey of racial representation that shies from nothing. The work is ostensibly a retelling of a Victorian melodrama about a slave-owning estate where one of the white ladies reveals she is one eighth black (an “octoroon”) but it’s framed by the frustrated playwright’s attempts to work through the piece on the recommendation of his therapist. Characters are put on and ripped off like overcoats and scenes are built up with grand props and then suddenly abandoned.

The play manages to pack in a glut of black stereotypes, from minstrels to Uncle “Zippadee-doo-dah” Remus to the “Mammy” who nurses white kids through colds with potent herbs to Samuel L Jackson’s pet-like portrayal of an old slave in Django Unchained. The white tropes include the white male hero and the impossibly sweet Disney white heroine. Then there’s blackface, whiteface, redface and the shifting dynamics caused by the words that come out of these different faces. An Octoroon catches every one of them on its sharpened spear.

The show is sensational too, with massive set changes, tricks worthy of a magician’s show and plunges into pitch darkness. It wears its liveness at the forefront, using the audience as props here and there, eliciting screams of nervous laughter from them at others. Nodding at all kinds of theatre and film that have gone before, it’s Brechtian and melodramatic and – thanks to a surreal oversized rabbit and some jagged strobing – it’s a little Donnie Darko-esque too. There’s musing on the medium of theatre, as BJJ ponders how to surprise an audience too used to photographic manipulation, then comes up with a heart-stopping solution.

And An Octoroon is frequently uncomfortable. Sat in the round, the audience can see each other’s reactions throughout and the characters frequently refer to the whiteness of the spectators. The production’s ability to shock is at the heart of its absurd humour, but also grants it a weightiness that can’t fail to leave a mark. This is theatre with the capability both to entertain and to effect change.

Octoroon is at the National Theatre from 7th June until 18th July 2018. For further information or to book visit the theatre’s website here.

Watch the trailer for An Octoroon here.