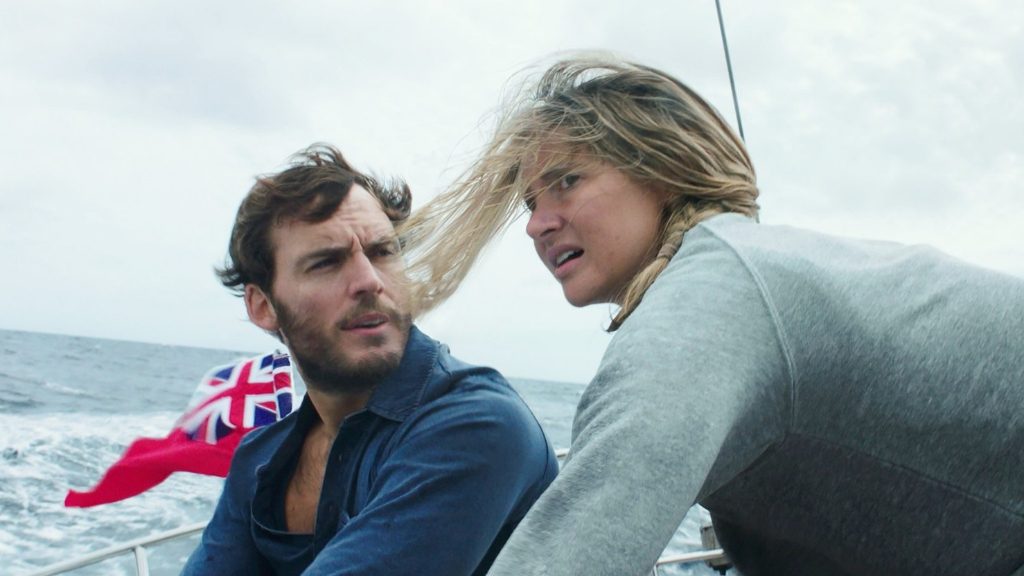 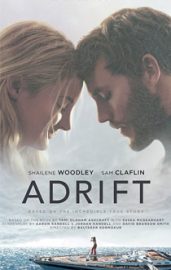 Tales of survival have always fascinated people. As viewers, we are invested in the stories being told and the overall outcome of what happens to those involved. From battling the uncontrollable elements of nature and the surrounding wildlife to a dealing with a psychological mental breakdown, these narratives are captivating in their own right, finding a sort of inspirational silver lining in dangerous, life or death scenarios. Over the years, Hollywood has produced many survival films (both fiction and non-fiction) in an attempt to capture this preoccupation, the movie Adrift – which is based on the real-life account of Tami Oldham Ashcraft – being the latest of these stories.

In 1983, Oldham (Shailene Woodley) is a carefree 20-something wandering the world and looking to leave her old life in San Diego behind. Making her way to the island of Tahiti, the traveller crosses paths with Richard Sharp (Sam Claflin), a strapping young man in his 30s who quickly takes a liking to her. After spending some time together, the pair soon fall in love, sharing a passion for travel and sailing together in the throes of their romance. Nonetheless, Tami is somewhat hesitant to accompany Richard when he is hired by a wealthy couple to sail their luxurious boat across the Pacific Ocean (from Tahiti to California) – an extensive journey that will take her back to her former home. However, as the voyage across the Pacific begins, the journey turns into a nightmare when a hurricane’s destructive power ravages the seas, setting the pair’s boat directly in its path. Despite their best efforts to navigate around it, the couple gets swept up into the hurricane and are only able to survive through sheer luck. Once the storm passes, Tami finds their boat badly wrecked and drifting aimlessly in the waters and Richard badly injured. She must find the courage and strength within herself to not only keep them both alive, but to try and keep their ship headed to the nearest piece of land (i.e. Hawaii), or to be forever stranded and ultimately die at sea.

Directed by Baltasar Kormakur, this feature – despite telling a harrowing (almost inspirational) real-life survival story of a young woman who faced impossible odds –  just never feels elevated enough to reach an entertaining level of cinematic value. Indeed, the movie’s plot is palpable and the film has a strong lead with Woodley’s performance, but it fails to strike a chord between recreating true events and being cinematically memorable, producing an uneven picture that is unable to build a strong heartfelt romance between its two main characters or to create enough nerve-racking tension.

In the end, while the actual story of what happened to Tami and Richard is something worth noting – one that illustrates man versus nature and the indomitable power of the human spirit – Adrift, which will probably disappear into the background of 2018 movie releases, has a hard time staying afloat and sort of gets stuck, lost in its own cinematic sea.

Watch the trailer for Adrift here: