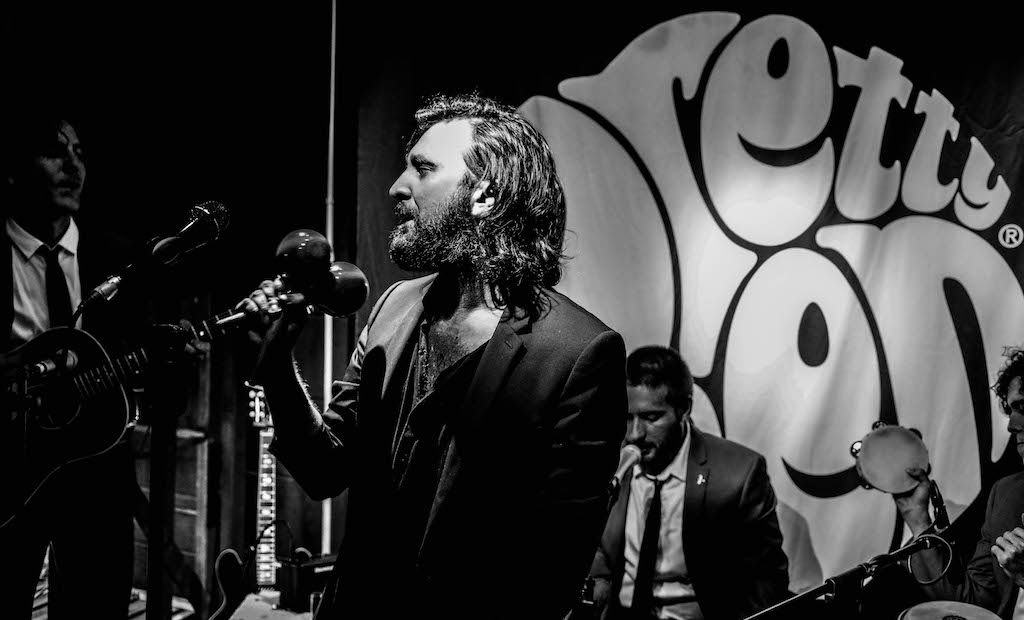 Eyes on the Horizon, Psichebello

As the scorching July sun reached the dreaded heights of 32°C, one would think that even the most die-hard rocker would have preferred to stay at home. Not Nic Cester. Building towards the UK release of his debut solo album Sugar Rush on the 27th July, the Jet frontman made his way to Pretty Green in Carnaby Street, hosting an exclusive gig in which he performed a selection of his new material.

The venue, by now a well-known insider’s tip for gigs of all kinds, has hosted many stars throughout the years – including, more recently, John Power, Tom Grennan and The Skinner Brothers. Cester’s performance was no exception to their success, drawing in a large crowd which filled the shop’s entire basement – the Backstage – and thus demonstrating the musician’s growing popularity in London.

Opening number Eye on the Horizon awoke the audience’s holiday mood, perfectly in tune with the warm weather. Undercut by Latin-tinged rhythms evoking a Caribbean feeling, the song’s sound was unusual for the Australian singer, but his wide vocal range – reaching from deep and rich tones to heights reminiscent of Muse – created a hypnotic experience. It was no surprise that the vocalist received a thundering ovation from the start.

But wanderlust was not the only desire which the artist’s excellent performance teased out of the fans. His setlist included a total of six songs, ranging widely in tone, rhythm, depth and feeling – from the hooking, entertaining and yet strangely melancholic Little Things to the madly ambitious Psichebello. The latter single, especially, became a fast crowd favourite, starting with a deep bassline until, after several moments, it broke into crazy harmonies sang by all band members. “They loved that song”, one technician whispered during the deafening applause that followed.

Realising the heat of the small venue, Cester moved the concert outside after several numbers, performing the final two tracks on the street – and thus gathering an even greater crowd. The frontman’s short concert was a great success, leaving us yearning for more.

Watch the video for Eyes on the Horizon here:

Eyes on the Horizon, Psichebello