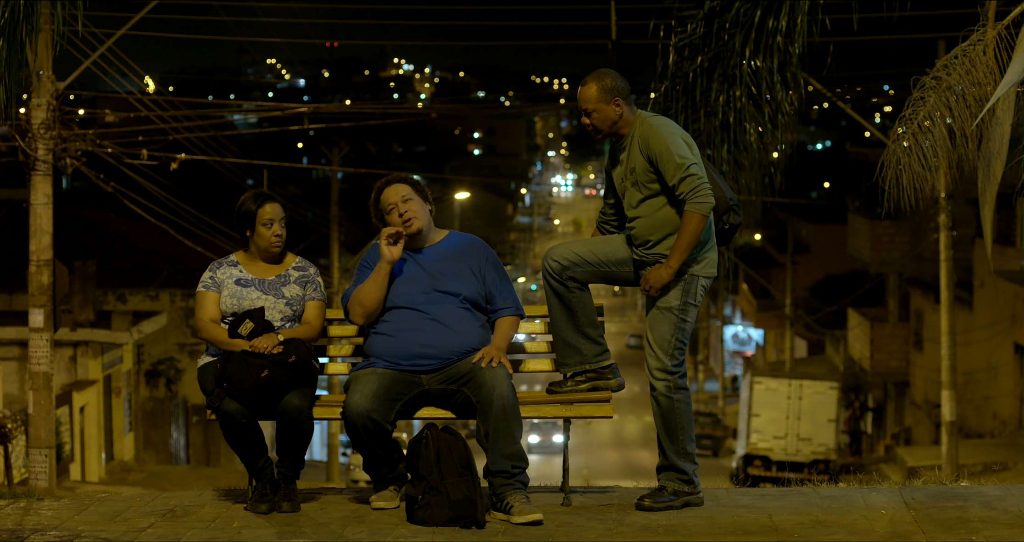 This is not a heinous film. It’s respectable, subtle and – perhaps that most faintly damning of terms – gentle. André Novais Oliveira keeps the pace at a plod as we follow Juliana (Grace Passô) to the Brazilian town of Contagem, a relative metropolis compared to her inner city roots. Beneath the move there’s tragedy, a sheet silently thawing, the cracks promising a life removed from the past.

Juliana waits for her husband to join her new surroundings. He’s weirdly absent. Communication withers. She starts a job for the local authority inspecting homes for Dengue fever. Mosquitoes, famously ephemeral and deadly, carry with them an opportunity for a basic wage. Her colleagues joke of how they’ll soon find something new.

The protagonist gets to know people and develops a social life. Half bemused, she plays Street Fighter at a friend’s house. As she opens up, her trauma is finally articulated. It’s a slow, acute scene: we voyeuristically observe from the door. The recollection halts at pain – memory flags but agony embeds itself. It hurts more than anything, she says, before or since.

As the title suggests, this is a film about transience, about temporary measures that shift to permanence. This speaks to several paradoxes: liberty through precarity, security through stasis. One a free market hymn, the other a conservative myth. Independence blossoms, yes, but it leaves one with a feeling of peculiar melancholy.

Long Way Home (Temporada) does not have a UK release date yet.

For further information about the event visit the Locarno Film Festival website here.