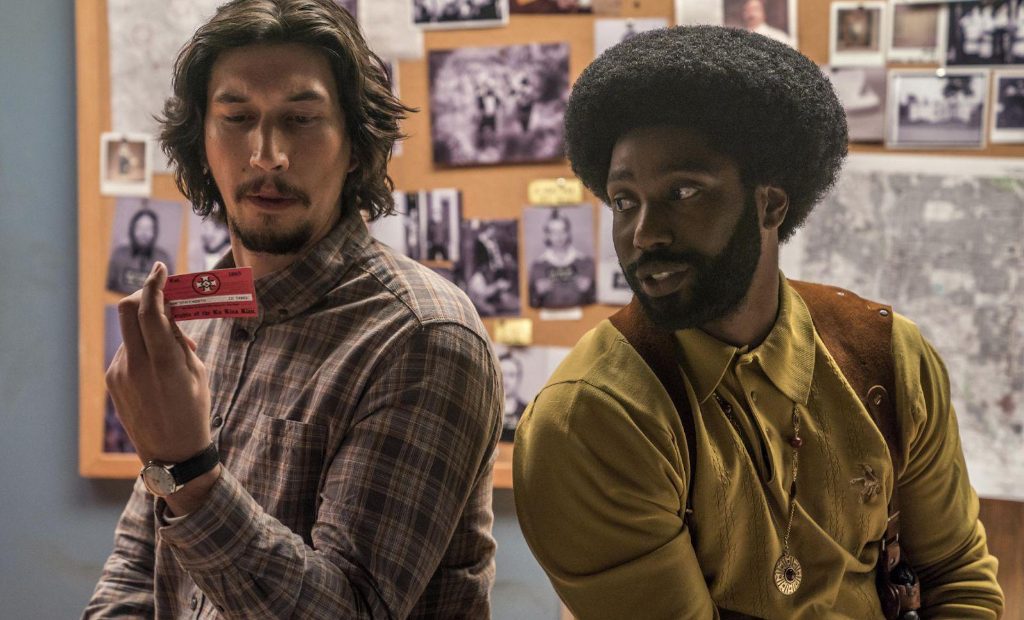 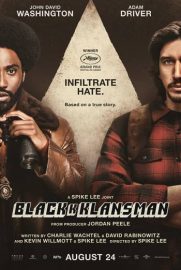 Furious, funny and agitating, Spike Lee’s BlacKkKlansman is an explicit, directed rebuke of Trump and the liberal niceties that gave rise to him. The US director goes about the poisonous racism of White America with all sentiment expunged, soundtrack pulsing endlessly. Without subtlety, he traces the historical injustice from before the Civil War to The Birth of a Nation to 70s Blaxploitation to today. It’s a wild, electric mess that extracts grotesque laughs from the Holocaust, the N-word and dead supremacists.

Black, straight-edged Ron Stallworth (John David Washington) joins the Colorado police force. He quickly works his way into intelligence and leads a case infiltrating the local Ku Klux Klan, an act driven by personal political agenda and the police’s need to suppress “subversive” forces. He even manages to dupe David Duke (an eerily good Topher Grace) into being phone buddies while falling for Black Union president Patrice (Laura Harrier). Lee smartly shows how police perception of Black Power and White Power movements blends into a single problem to be solved, while his own focus never deviates from the true enemy.

Adam Driver is excellent as Flip Zimmerman, Stallworth’s partner who must reconcile his own lack of Jewishness with the fact that he is Jewish. The auteur brazenly positions Jewish and Black persecution side by side, and reinforces this doubling by concocting a scenario wherein the two characters swap names and identities. The duality of experience is crucial to the film’s message – that being both American and African without a proud, cohesive Black identity doesn’t facilitate emancipation.

But what about when the narrative construct isn’t enough? Historical analogy achieves only so much. Nods to the present draw a laugh. Winks at the audience pepper the dialogue. There are plenty of allusions to blowhard TV hosts, dog whistle slogans and empty bigotry in this ferocious polemic, but by the end Lee tires of the fiction. Based on real events, this is a sharp, agonised, relentless political assault. It can only end in Charlottesville.

In Donald Barthelme’s story The School, a teacher gives a monologue about a classroom that becomes concerned with the excess of death and the lack of reproduction around them. After the trees, the gerbils, the white mice, the salamanders, the puppy, the tropical fish, the children playing by the excavation building and the unusual number of grandparents, the class ask: is it death that which gives meaning to life? Barthelme has stopped pretending to the reader.

Similarly, with BlacKkKlansman Lee stops pretending to the audience. Against the fascists, the requirement isn’t to be seduced or appalled, but to act. The filmmaker shows how the desire to repress Black people remains. Death is in the present, and it’s life that which gives meaning to life.

BlacKkKlansman is released in select cinemas on 24th August 2018.

Watch the trailer for BlacKkKlansman here: