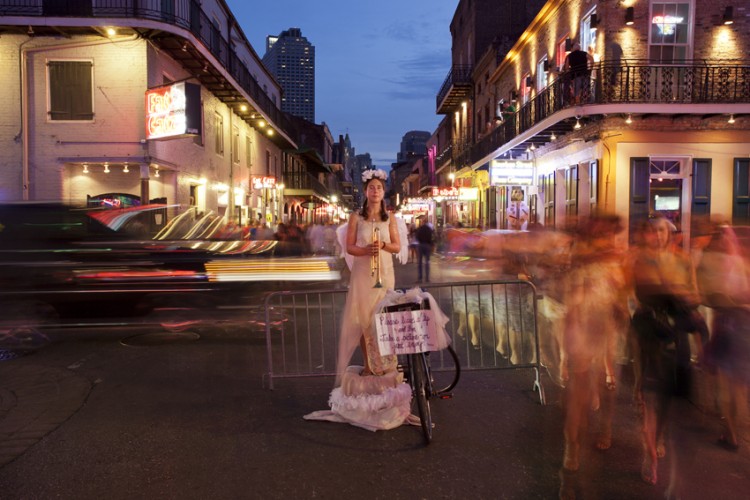 One Note at a Time | Movie review

In 2005, Hurricane Katrina tore through the East United States – no city more so than New Orleans, Louisiana, where at least 986 residents lost their lives. But the music and the musicians, built into the city’s history, carried on, despite everything. One Note at a Time – the new documentary from Renee Edwards – tells their stories, but not very well.

The film doesn’t hold a heavy focus on Katrina, using the event as a start and end point. The concern is more with the troubling state of the healthcare system, which affects these musicians and their lives. Many have cancer or diabetes with no medical insurance, and they struggle making their art because of it. Most of the piece follows the Musicians’ Clinic, a charity specially set up for these artists.

The documentary feels like an improvisation that evolved into a charity advert. The viewer can see where Edwards struggles to choose which story to tell or what tone to roll with. One jarring episode has a patient of the Musicians’ Clinic burst into tears while she’s driving, and there’s jolly jazz playing in the background. It’s clear the director doesn’t know how to show or build up emotion. There’s clearly an aim for some kind of journey for the audience to follow, since One Note at a Time was filmed over a few years, but the characters aren’t explored in enough detail. This becomes apparent when we watch the funerals of some of these interviewees: these scenes are nowhere near as poignant as they should be.

There are odd moments that help the viewer feel a part of the New Orleans music experience, but they are shamefully few and far between. When we see the residents gathering in crowds, playing music in the streets, there’s a touching sense of community that’s even stronger after the horrors of Katrina.

One Note at a Time has little sense of structure and Edwards is desperate to cover too many stories within a narrow space of time. There is enough to pull one’s intrigue, but we’re never fully satisfied with the result.

One Note at a Time is released nationwide on 24th August 2018.

Watch the trailer for One Note at a Time here: