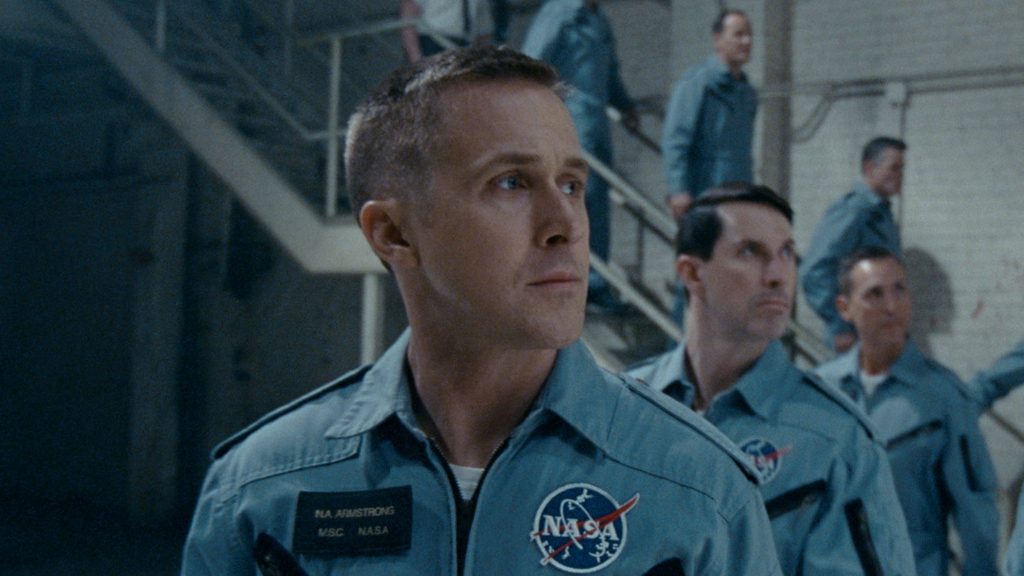 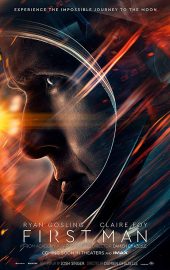 The 2018 Venice Film Festival opens with the latest picture from American director Damien Chazelle. First Man, starring Ryan Gosling, tells the story of iconic astronaut Neil Armstrong who, on 20 July 1969, landed on the moon. This is the third time in recent years that a space-related feature begins its cinematic journey at the Lido, Gravity and Arrival being the first two. Chazelle’s film isn’t a sci-fi but, surprisingly, only a few scenes take place in outer space considering the theme.

First Man is a movie about a man and his journey: not only Armstrong’s but also Chazelle’s, who – for the first time, as a director – steps away from heavily music-influenced stories. Departing from his comfort zone pays off as the Academy Award-winning filmmaker brings something new to the genre. He adopts a new visual language utilising first-person shots, hand-held movements with wide lenses and chiaroscuro. There’s a vintage touch to the cinematography, dry and grainy, with pastel colours. The overall effect is one of extreme realism.

Ryan Gosling portrays the legendary astronaut with subtlety, conveying his sadness – he suffers the death of a daughter and many colleagues who were also close friends – calm and absolute determination. Claire Foy’s performance as Armstrong’s wife is outstanding, bringing out – with impressive understatement – the character of a woman who had to raise a family almost alone and who had to bear the weight of fearing the loss of her husband while the entire nation was excited for the space mission.

First Man focuses on the “internal” side of each phase in Armstrong’s private life and career at Nasa. At home, it depicts the more personal moments, at work he’s often shown inside a cabin or a simulator. Everything is interiorised. Sometimes the picture lacks rhythm but overall it’s a unique piece of cinema – the launch of the Apollo 11 and the landing on the moon are, quite frankly, breathtaking.

For further information about the event visit the Venice Film Festival website here.