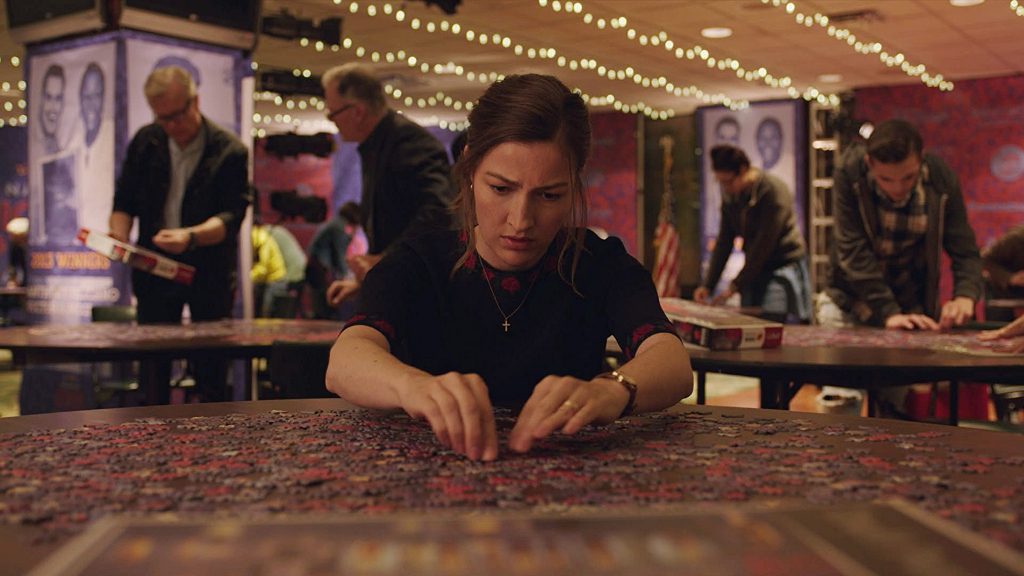 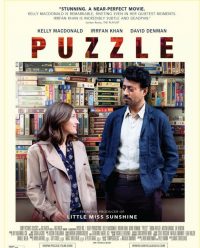 Marc Turtletaub directs this portrait of the middle-aged Agnes facing up to an existential stasis. Trapped in a passionless marriage that provided two sons, her days consisted of church community activities and motherly chores. Agnes is played by the outstanding Kelly Macdonald, in a performance that salvages a dull study of a dramatic and puzzling few weeks in a life desperate for change.

When Agnes is gifted a puzzle as a birthday present she quickly finds out she has a knack for them. It’s through this hobby that she exercises her displeasure at the unfulfilling life she leads. There is a melange of crises afflicting her, none of which are explored suitably. The film skips by monumental events without much thought and exploration, rendering Agnes a difficult protagonist to truly embrace.

Interest in puzzles complicates this character’s drab life, as she is made to confront the restrictions of being a stay-at-home mum in American suburbia. There is a heavy dose of chaos theory to her attraction to puzzles, as she feels unable to exert much influence on the world she exists in. However, when her fascination introduces her to an intriguing puzzle partner, Robert (played by Irrfan Kahn), the confusion and chaos of her world intensifies.

Macdonald brings energy to a weak script, breathing life into the relationships her character endures, whether it be the struggle of motherhood, or the empty-shell marriage she lives in. It is an emotive experience to follow Agnes’s blossoming independence courtesy of her new hobby, but it is difficult to fully sympathise with her, as the film glides through sliding-door moments as if they were nothing. A glaring example of this is not managing to sufficiently explore the relationship of Agnes and Robert, who share a compelling dynamic.

In short, we are promised a portrait of a woman finding herself in the world, thanks, in part, to competitive puzzling. A stale, formulaic script fails to deliver this, however, and we are left with incomplete snapshots of a pivotal period of Agnes’s life.

Watch the trailer for Puzzle here: