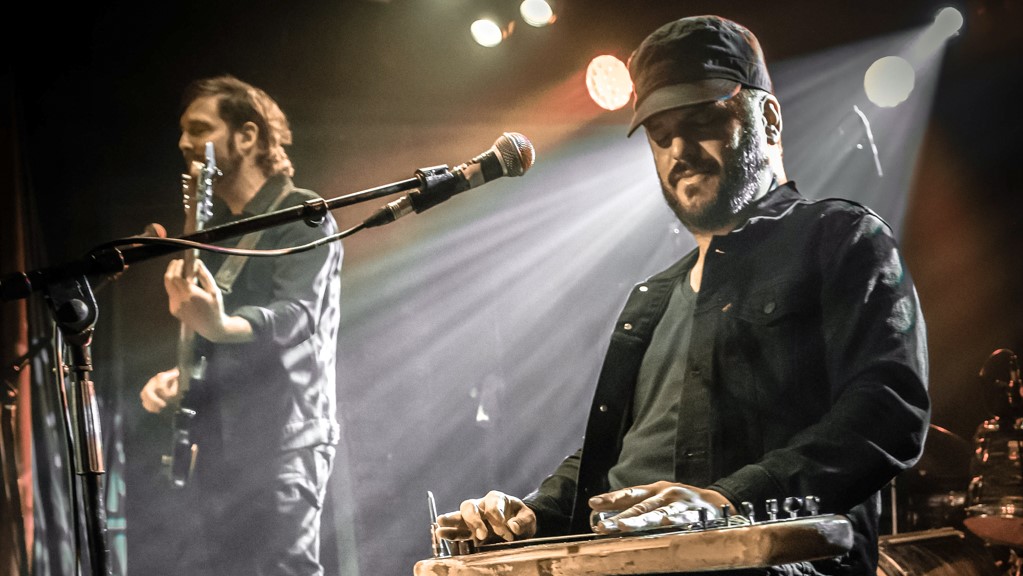 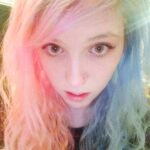 On the Move, The Movie Song

Despite meaning business, with their serious, energetic performance, The Record Company are not a company. The American blues-rock trio are much more human, and they prove it at Omeara. “Rock’n’roll ain’t pretty,” vocalist Mike Voss repeats throughout the set, and it is evident in the sweat that drips down his face. Their songs drip with almost as much emotion and rawness.

The frontman makes sure to pack every vocal technique into opener Baby, I’m Broken, from basic crooning to a glowing falsetto to a heavy growl, alongside a guitar solo. His talent extends even further when he takes out the lap steel guitar for Roll Bones, an instrument many have probably never seen before – let alone witnessed a musician capable of making it emit pleasant sounds. The Movie Song is only the fourth track and Voss reaches for yet another guitar. His voice also changes, taking on a country twang as he sings about country roads and summertime memories. The crowd seems to relate as they nod along to the music.

Feels So Good gradually builds up, from Mark Cazorla’s pulsing drumbeat to Alex Stiff’s electrifying bass, and finally Voss’s guitar. As the vocalist sings about green lights, the lighting is on point, basking the venue in a green glow. However, this is the only time. The lighting is usually jarring, with the stage randomly turning black after every song. The venue is illuminated, though, during a harmonica solo in On The Move, with Voss quite literally on the move as he puts down his guitar and shows off his dancing to clashing cymbals.

Hits like I’m Getting Better and I Feel it Right Now, Rita Mae Young and newest single Life To Fix have everyone coming together to sing and groove. Off the Ground is instantly recognisable from the bass line, and fittingly has people jumping off the ground. Stiff drags out the solo, showing that a strong bass underlies any blues performance. Voss remarks that he’s bleeding, so all that’s required to make the show a success is some tears. Slow ballad This Crooked City may achieve this, with some of the venue tearing up to his acoustic guitar.

Although The Record Company put on quite a performance, it seems as if each song drags on for far longer than it should. The fans applaud prematurely, only to realise there is a note that has not been played. Everyone should be left wanting more, not having already seen too much.

Watch the video for Life to Fix here:

On the Move, The Movie Song