How to Hide a Lion at the New Wimbledon Theatre 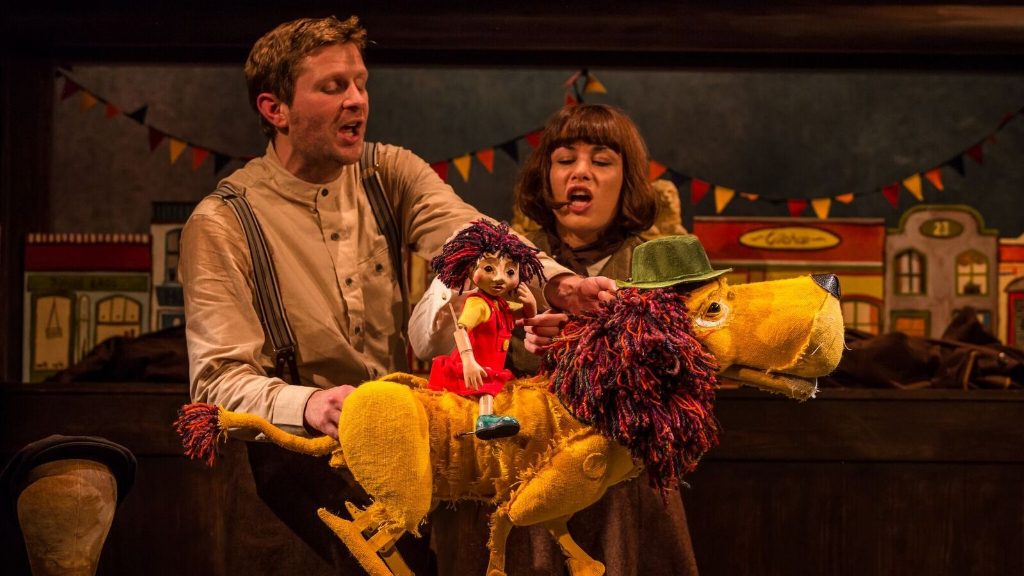 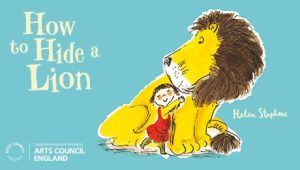 How to Hide a Lion

Peter Glanville directs a charming tale of a young girl, Iris, who forms an unlikely friendship with a lion that is chased out by the frightened residents of Middletown. Based on the picture book by Helen Stephens, How to Hide a Lion is brought to life in this playful musical adaptation with jazzy and very catchy songs by Barb Jungr.

The young lion who is stuck in Iris’s playhouse is discovered by her as she quickly realises that he is, in fact, very friendly. However, despite this revelation, the protagonist finds many ways to hide her new companion from her parents, knowing they would not be pleased to find a lion in their house. Her attempts produce very funny results.

The story grips the imagination of young theatregoers as the small space is transformed from an old-fashioned hat shop to a town – complete with a master sweeper and even an opera singer – to Iris’s house, where there is a hilarious bath scene. Laura McEwen’s set design cleverly utilises all corners of the space, bringing the stage to life from daytime fun in Iris’s garden to the snowy night when the little girl pines for her best friend, and in the town’s transition from a quaint place where very little happens to the night of the burglary of the special gold candlestick.

Stephanie De Walley and Gilbert Taylor are the multitalented singers, actors and puppeteers who recreate this soothing story of friendship and adventure within a small but versatile set, using some rather adorable puppets and a beautiful imagination that is very relatable even for the adults as they remember what it was like to be a child playing with their beloved toys.

Presented by Pigtail Productions, Polka Theatre and Oxford Playhouse, How to Hide a Lion is an enchanting tale of the bond formed by unjudging trust and will to do good with impressive puppet design by Samuel Wyer complimented by Will Evans’s lighting design.

Marissa Khaos
Photo: The Other Richard

How to Hide a Lion is at the New Wimbledon Theatre from 12th September until 15th September 2018. For further information or to book visit the theatre’s website here.

How to Hide a Lion

The Woods at the Royal Court Theatre | Theatre review
Marathon: An interview with the winners of the 2018 Oxford Samuel Beckett Theatre Trust Award