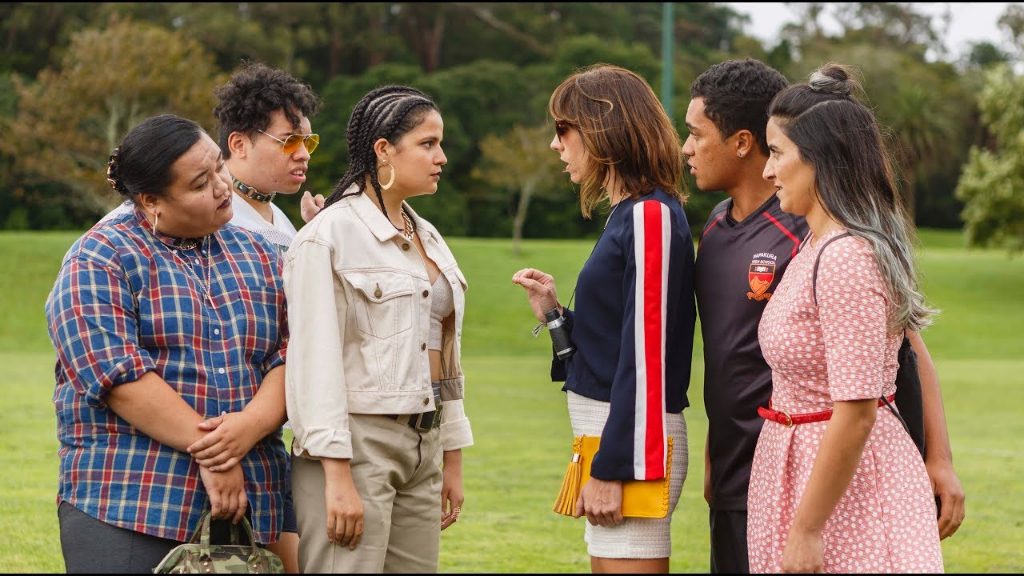 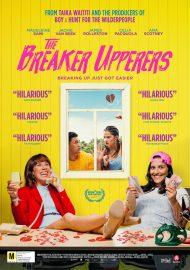 It’s looking increasingly likely that British film risks being dethroned as the reigning monarch of dry humour. And judging by Madelaine Sami and Jackie Van Beek’s new feature The Breaker Upperers, the crown is going to have to be couriered to the other side of the world. What makes this sharp kiwi comedy particularly joyous, though, is that, despite being exec-produced by Taika Waititi, the author of New Zealand’s recent cinematic success, this is a feature which places women firmly at the helm.

Jen (Van Beek) and Mel (Sami) are not your average middle-aged besties. After being two-timed by the same man and bonding over their shared disillusionment, the duo start up their own breaking up agency, which – as the title suggests – helps to give failing relationships the little push they need to fall to their inevitable death. But tampering with people’s futures comes at a cost, and when the lives of the meddling pair become entangled with those of a client – 17-year-old all-brain-and-no-brawn rugby player Jordan (James Rolleston) – and a dumpee – the lonely Anna, played at a hysterically high pitch by Celia Parcquola – the real consequences of their actions begin to catch up with them.

The directing, writing and acting duo carry the film with a chemistry and comic timing that continues to surprise throughout the movie’s entire runtime. While Jen is shameless and ruthless and cynical, Mel is naïve and childlike. Together, they don’t so much balance each other out as teeter side by side on the brink of chaos, but it’s chaos of the most entertaining order. The script is as sharp as Mel is blunt, and as witty as Jordan is witless (“you make me feel so many emoticons”). Indeed, the supporting cast are equally impressive, and delightful cameos litter the film. While Jemaine Clement (of comedy folk duo Flight of the Conchords) is one half of a less-than-satisfying sexual encounter, comedian Rose Mafateo puts in an understated yet intrusive appearance while stationed at the supermarket till, and Rima Te Wiata (Hunt for the Wilderpeople) makes the most of her limited screentime as the interfering mother still hoping for grandchildren.

One of the best things about this film is the sheer diversity of the production and its refusal to ignore the theme of race: “I don’t see colour. I mean, I do see colour; I don’t have problems with my vision”. The feature is equally self-aware in its clever use of cultural references. A pastiche to Celine Dion sees a melodramatic music video replay in nauseating neon, while a cringe-worthy hip-hop dance routine also harks back to the 90s. Rom-com tropes are dispensed and decapitated with reckless abandon.

The film does fall down slightly when it comes to some of the finer details of the plot. The moral of the story becomes a little murky, though in the hands of our offbeat antiheroes, it’s hardly surprising. Besides, the central friendship endures, and the women deliver comedy at such a fast rate that there’s barely time to question anything for want of laughing. Crass, crude and skilfully crafted, the Breaker Uppperers is a triumph of female filmmaking.

The Breaker Upperers does not have a UK release date yet.

Watch the trailer for The Breaker Upperers here: