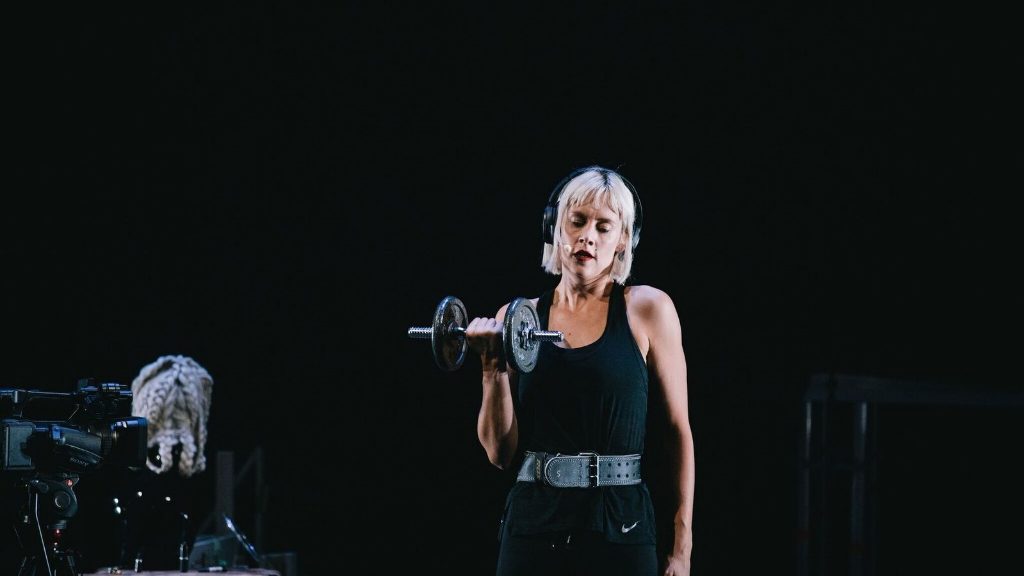 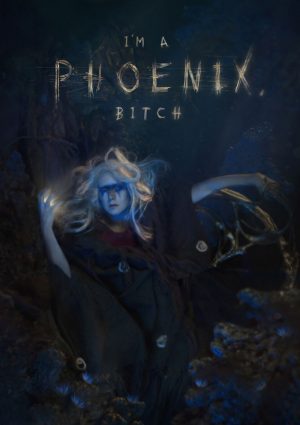 What’s in a name? Sometimes, not a lot. Then again, they’re (normally) the audience’s very first interaction with a piece of theatre or performance, coming to shape their initial expectations. Following that line of thinking, there’s something to unpack in how I’m a Phoenix, Bitch differs, perhaps, from the show such a title would suggest.

It’s not a play to be forgotten, full of the promise of rebirth and confrontation, strength and defiance. And those things are certainly in there, just maybe more quietly and more tentatively than expected, undermining the brashness of the title in a way that seems designed to be part of the self-examination Bryony Kimmings has fashioned.

There’s a sense of anxiety when the artist first comes on stage that never leaves. It’s less a performance than a steady excavation of the trauma(s) that have led her here to re-process a period of drowning. Imminent motherhood, the dissolution of a relationship, the grave illness of her new-born child, her concurrent and subsequent mental collapse – a tidal wave that nearly wipes her out.

Suitably, the stage feels like the inside of Kimmings’s mind. Initially dotted with dust-sheeted shapes, the space becomes filled with the physical (and musical) embodiments of key moments from Kimmings’s recent past. The kitchen where a love-obsession is plotted. The bedroom where the “Blissful Paradise of Motherhood” is imagined. The denied roots of a thatched cottage home recreated as a doll’s house burden to be carried around. An inner monologue – the patronising, aggressive tones of the straight, cis, white male – seeps out and poisons the air, to be fought off by the reassuring appearances of Kimmings’s mother.

These episodes gradually heighten in their psychological seriousness as the severity of her son’s condition becomes apparent, building to a stunning set piece where the artist, bloodied and be-shovelled, flees through the woods into fire and flood. Will Duke’s projection, David Curtis-Ring’s art direction and Lewis Gibson’s sound design merge to create something between a music video and an installation, with Kimmings at the centre holding it all together. It’s as if a low-energy episode of Maria Bamford’s Lady Dynamite had slowly morphed into a rural horror film sound-tracked by Bat for Lashes or Kate Bush.

Neither critic nor audience gets to tell an artist how much of their life they should put on stage, gets to ask for more of it. However, I’m a Phoenix, Bitch feels like it ends too soon, recapping the events that caused Kimmings’s PTSD rather than necessarily looking at the condition itself, before wrapping up too quickly at the end. Though, admittedly, that might be a different show entirely; maybe it’s an unfair problem to have with an often beautifully realised production.

I’m a Phoenix, Bitch is at Battersea Arts Centre from 3rd until 20th October 2018. For further information or to book visit the theatre’s website here.