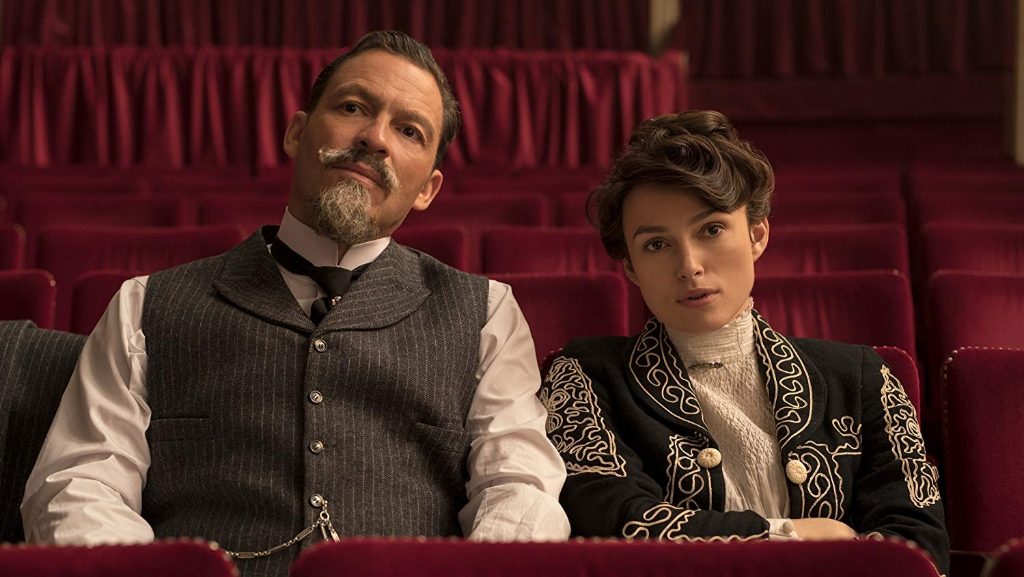 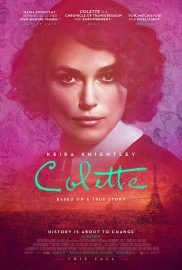 With the release of critically acclaimed The Wife earlier this year, Colette is certainly not the first notable film of recent months to centre around a woman whose literary limelight has been unashamedly hogged by her husband. However, by choosing not to focus on the famed figure’s disputed writing credits, but rather on her scintillating self-discovery, Wash Westmoreland presents a witty, sensitive and sensual tale that is worth every second of your time.

Knightley shines as headstrong, country-born Colette, her eyes bursting with keen intelligence and curiosity. Her performance is perfectly matched by the might of Dominic West, who charms and captivates as her husband Willy with a sincerity that suggests he truly does believe the misogynistic “boys will be boys” nonsense he is churning out. It is utterly believable that for such a character, Colette would move to Paris and be dragged into a life of domesticity. It is equally plausible that such a man could manipulate his wife to publish books under his name. But as the years pass, the characters evolve, and as Colette starts to explore unknown and exciting new territories within her own identity, she finds she cannot grow in any man’s shadow.

In the city, an intoxicatingly materialistic world where everyone is playing dress-up, image means everything. Fittingly, the visuals in this feature are every bit as lavish, rich and luxurious as the characters who bring them to life. Like the Eiffel Tower snowglobe gifted to her by her husband, Colette’s life in the capital shimmers with promise, until it settles to reveal that she has been trapped all along. But far from extinguishing its heroine and leaving her to languish in the dark, the knowing humour of the film keeps us riveted. Even beyond the sharp repartees, vanity is constantly satirised. A bejewelled tortoise circles ridiculously around a silver tray, forced to sparkle to satisfy the cravings of the French Aristocracy.

Indeed, the film repeatedly explores the blurred boundaries between freedom and restraint. Initially, open shots of rural fields suggest unfettered artistic expression, but even in the country, Colette can be confined by her husband, whose cure for writer’s block is locking her in with her own thoughts. Interestingly, it is sexuality that allows the protagonist to reclaim herself through experimentation; as suits and shoulder pads combine soft curves with angular edges, the fluidity of Colette’s gender empowers her to grow and change. Every year brings enchanting evolution.

Perhaps this film does not cast a harsh enough light on the realities of the period, or perhaps Colette is so beguiling that we simply don’t notice.

Watch the trailer for Colette here: