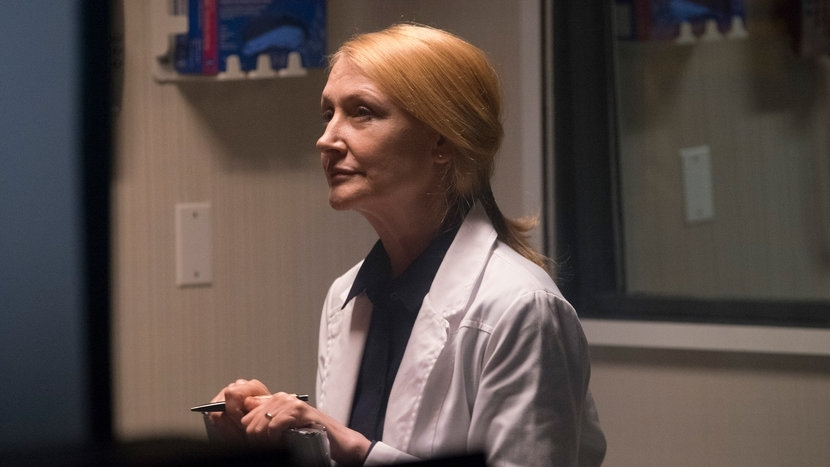 After having produced three award-winning shorts, director Bill Oliver hits the London Film Festival with his debut feature Duplicate. Depicting a clever new take on an old trope, it is an excellently competent film and promises a successful future, both for Oliver and Ansel Elgort, who stars as the protagonist Jonathan.

At first, the plot feels like a cliché. Jonathan’s body is inhabited by two personalities, himself and his “brother” John. But it’s not a matter of good and evil à la The Strange Case of Dr Jekyll and Mr Hyde, nor is it about an anarchist versus a conformist as in Fight Club. Instead, both Jonathan and John are perfectly normal people in their own right who wish to go about their daily business: Jonathan as a career-driven, somewhat stiff personality, and John as a passionate and emotional free spirit.

To help them cope with the complications of their condition, Dr Mina Nariman (Patricia Clarkson) develops a technology to focus the personalities into “shifts” – Jonathan is in control from 7am-7pm, and John dominates the night time. They communicate with each other via video recordings, in which they report on everything they do. To increase tension and the effect of the character study, everything is told from Jonathan’s perspective; we only ever get to see John in the recordings and experience the consequences of his actions during the night.

The movie is extremely modest and down-played: the music is subtle and hardly interferes in the build-up of emotion; the shots are conservative and straight-forward; there are few big moments of shock that will knock the audience out of their seats. These decisions make Duplicate perhaps not suitable for everyone. The picture requires a lot of patience, especially in the second act when the pacing feels drawn out and much weaker than the excellent opening and finale.

But it’s definitely worthwhile, because most of the storyline is excellent, with Elgort demonstrating succinctly his prowess as an actor of two characters who are polar opposites from one another, and with generally beautiful writing that manages to hook for the most part.

All this makes Duplicate a mixed blessing. It’s almost a superb film through its fascinating premise, good storyline and wonderful acting, but it won’t suit everyone due to its idiosyncratic nature. A must-see for people interested in character studies with a focus on psychological development.

Duplicate does not have a UK release date yet.