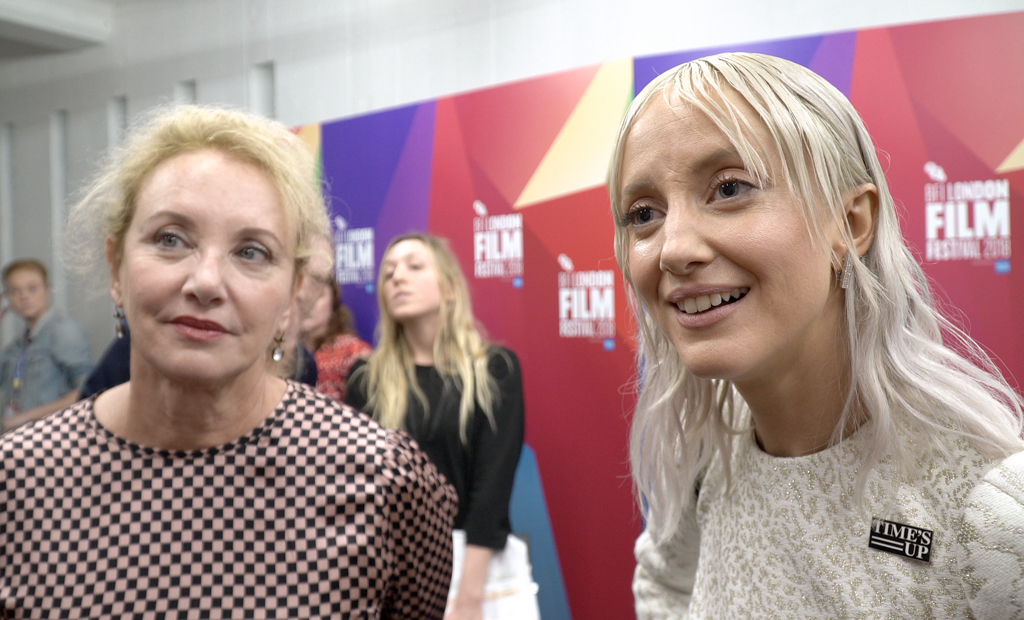 Nancy, the new psychological thriller from debut director Christina Choe, is a gripping exploration of the importance of human connections. Following the eponymous protagonist (Andrea Riseborough), the film tells the story of a young woman who, seeing a digital reconstruction on the news, becomes convinced that she was kidnapped as a child. After reaching out to the couple she believes to be her parents, she begins to build a  fragile relationship with them as they await the DNA test results. However, we are never quite sure if they believe this fantasy, or if they are clinging onto it in blind hope.

We caught up with the women behind the movie at its London Film Festival premiere. They told us about the changing landscape for female filmmakers and the growing sense of solidarity in the industry.

Riseborough and Smith-Cameron also spoke about the richness of their characters, the importance of the relationship between them and how connections transcend ideas of blood and family.

Watch the trailer for Nancy here: