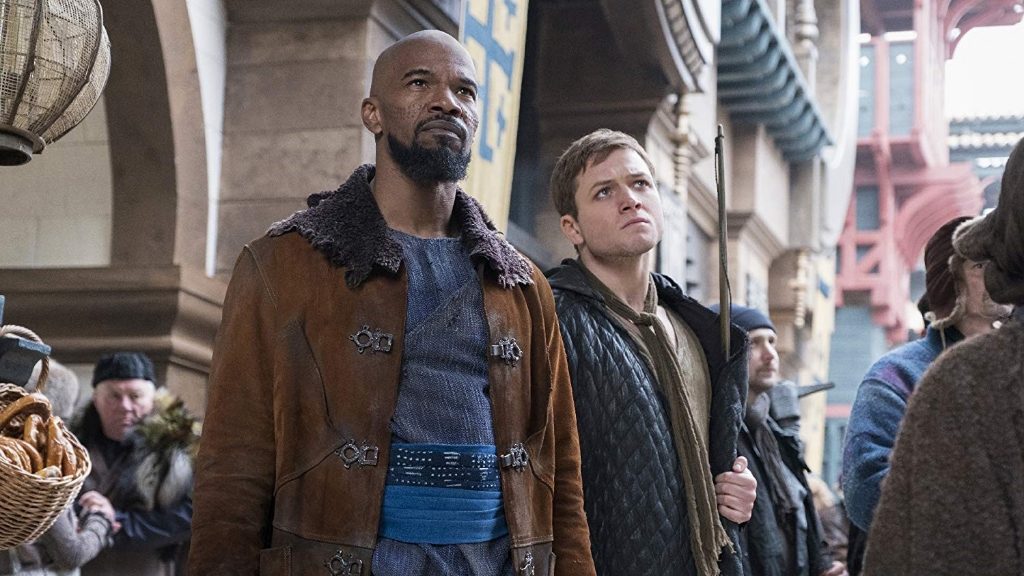 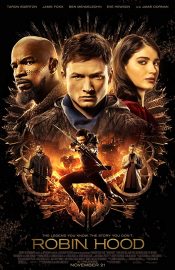 The tales of Robin Hood are the stuff of legend: most are well-versed in the spinning heroic adventures of the famed outlaw, along with other memorable characters including Maid Marian, the “Merry Men” and the Sheriff of Nottingham. Given the popularity of this timeless story, Hollywood (over the years) has cultivated many cinematic iterations of the hero, showcasing the classic narrative through high adventure and whimsical romance. Now, 2018 sees the return of the folklore favourite to the silver screen.

Robin of Loxley (Taron Egerton) is a young English noble, enjoying his life in his family’s estate, where he falls in love with the beautiful Lady Marian (Eve Hewson). Unfortunately, duty calls and the protagonist is forced to fight in the Crusades in the Middle East, leaving his life behind and Marian in charge of Loxley Manor. Returning home years later, the hero finds out that his home is in ruins and the woman he loves is living a life of poverty in a nearby mining town, where she has found a new romantic interest in Will Scarlett (Jamie Dornan). All points lead to the Sheriff of Nottingham (Ben Mendelsohn), who holds power over Nottingham, seizing and collecting taxes amongst the people. Now, Robin, war-hardened and wanting to seek revenge for the injustice done to him and to the people of Nottingham – along with a vengeful Moorish warrior named John (Jamie Foxx) – sets out to take down the Sheriff and become the revolutionary figure needed to spark a revolution.

Directed by Otto Bathurst, Robin Hood takes a more modern approach, projecting the traditional English folklore hero onto the superhero archetype, following the titular protagonist’s origin story from young lord to battle-aged crusader to masked vigilante. There’s enough of the classic tale left to entertain today’s moviegoers, but unfortunately, the picture does not live up to its cinematic expectations. The overall direction gives the impression of a Michael Bay influence, with flashy, explosive action sequences and slow-motion scenes of stylised fights. It’s worked in some movies, but feels redundant in this case. Additionally, the film’s story seems unnecessarily bloated as it tries to expand upon the legend that everyone knows; the tale should be more simplistic in nature and ends up more convoluted than cohesive. It also goes without saying that Robin Hood feels very similar to 2017’s King Arthur: The Legend of the Sword, which was a box office bomb, and tried to remake a classic English legend as something more action-packed and epic – both films fail to reconcile the directors’ vision with what’s on screen.

The feature’s cast has a few recognisable big names, but unfortunately, most of them fall flat. Taron Egerton does well in the title role, showcasing the same likeable charm and heroic bravado that he displayed in the Kingsman movies. The protagonist, however, is written as straightforward and bland, adding little to no creative substance to what’s already been done before. The same can be said with John and the Sherriff of Nottingham; both Foxx and Mendelsohn are solid actors, yet they are playing flat caricatures. The rest of the classic characters (Marian, Friar Tuck, Will Scarlet) don’t make a lasting impression and feel more like hollow constructs. As such, it feels as though the principal cast are wasted on such a project.

In the end, Robin Hood proves itself to be a dull and unmemorable adventure of heroics, romance and villainy –which completely misses its target.