Surviving Christmas with the Relatives 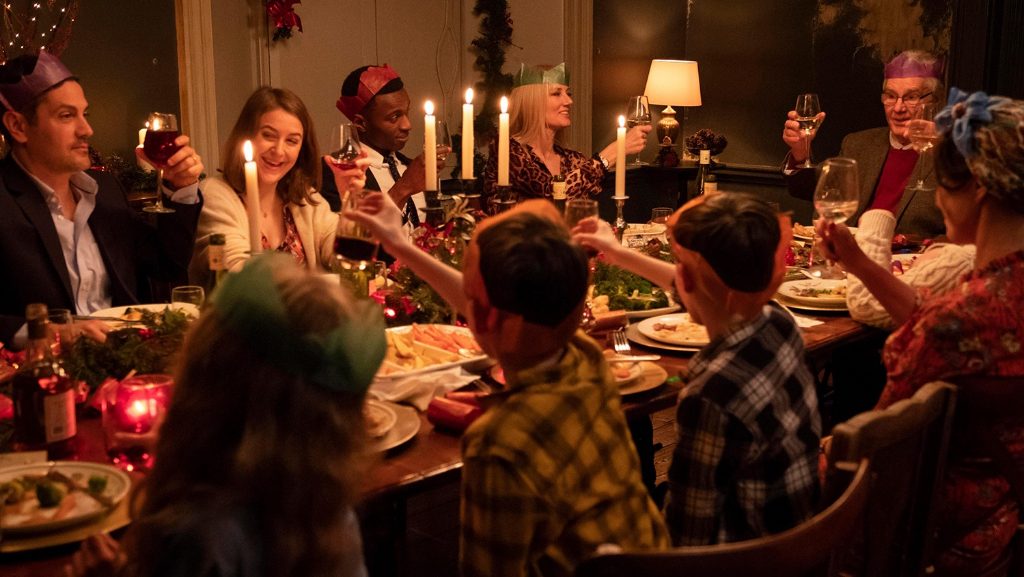 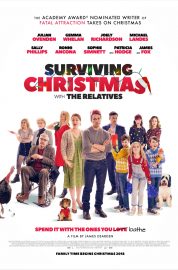 It’s that time of year again when the pumpkins have been replaced by tinsel, festive adverts flash across every screen and horror films are placed firmly back on the shelf, replaced by dust-covered Christmas favourites that make the encroaching dark evenings that little bit cosier. Of course, in the present day this scenario involves less furious disc-polishing and more simple remote-clicking, but nonetheless, this change has not perturbed screenwriters, directors and production companies from attempting to rival the champion classics we have all come to know and love. Oscar-nominated James Dearden, known for past works Fatal Attraction and Pascali’s Island, mounts such a challenge with his latest British film Surviving Christmas with the Relatives in the hope of dishing up a fine serving of festive comedy and explosive drama for the family to enjoy.

It’s December again: that time of year when all of the family get together for a few days of festive cheer. For some families, however, this merry period proves more manageable than others. Dan (Julian Ovenden) and Miranda (Gemma Whelan) have recently moved out of the city to the countryside to renovate the latter’s childhood house into a future home for their family. Continuing long-running traditions, the farmhouse will host the extended family for Christmas celebrations, including Miranda’s sister Lyla (Joely Richardson) – a US-based actress who is juggling her sinking career alongside her a likewise suffering relationship with her alcoholic, drug addict husband Trent (Michael Landes). With relatives from across the globe piling into the house for the occasion, what follows is a series of chaotic and comedic events that test all characters to their limits in their vain attempts to make this Christmas the most successful yet.

To put it simply, the success of this film rests upon the shoulders of its ginormous cast, with Ovenden, Whelan, Richardson and Landes taking the helm and providing deeper context, anticipation and laughter to a fairly simplistic script that bears your typical three-act structure and a climax that never ultimately arrives. The feature is a twee British production that ticks the boxes, yet unfortunately fails to deliver anything particularly new when competing in the unforgiving market of Christmas movies.

However, woven among the various intertwining plotlines, there is one in particular that strikes a fine chord of uniqueness and endearing character exploration. Portrayed by Jonas Moore in what is his debut appearance, Dan’s son Harry struggles with drug addiction, and though only being to cannabis, it is his dependence on the substance that is slowly breaking apart his relationship with his parents as well as his own moral fibre. Given the strength of this more complicated and delicate story arc, it would have been nice to see fewer narrative threads with greater emphasis and writing investment to build this movie up to the next level.

This is, of course, a Christmas film with a feel-good factor that will no doubt go down a treat on a chilly evening in the build-up to the main event. Hugo de Chaire’s mixed soundtrack of seasonal hits and orchestral music adds festivity to Dearden’s farmhouse-based drama, but it is that drama nevertheless that proves not dramatic enough.

Surviving Christmas with the Relatives is released nationwide on 30th November 2018.

Watch the trailer for Surviving Christmas with the Relatives here: