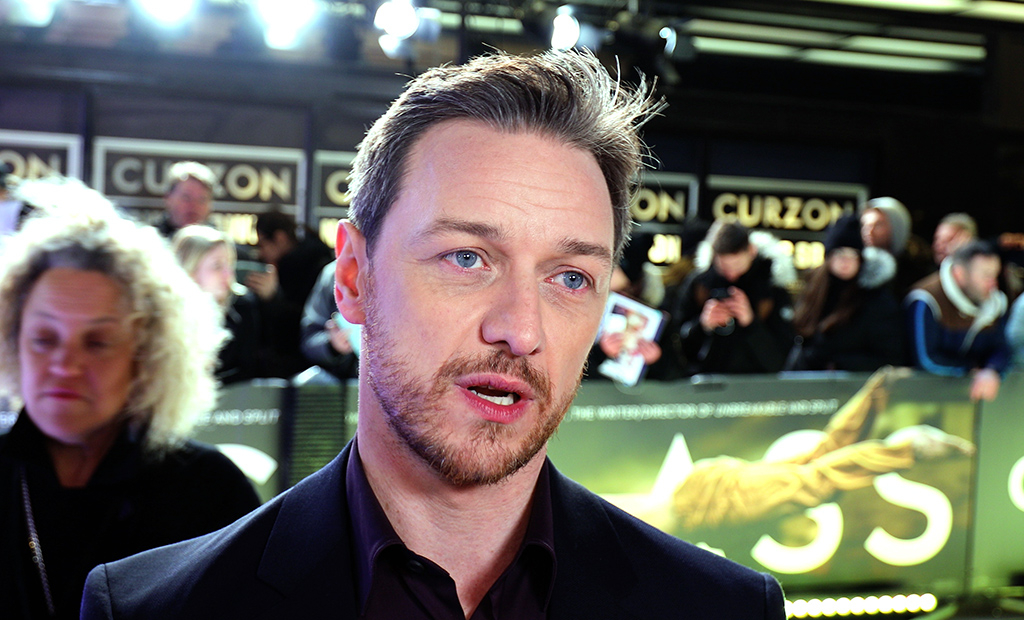 Boy was it Baltic out there, but in spite of the biting cold the all-star cast of M Night Shyamalan’s Glass were out in force to mark the European premiere of the comic-book thriller.

The culmination of a 19-year project for the acclaimed Sixth Sense director, Glass ties together the storylines and characters of two previous films: 2000’s Unbreakable – with Bruce Willis as the seemingly invincible David Dunn and Samuel L Jackson as Mr Glass – and 2016’s remarkable Split – with James McAvoy in a career-defining performance as Kevin Wendell Crumb, who presents multiple identities, including “The Beast”, and Anya Taylor Joy as surviving captive Casey Cooke. Sarah Paulson of American Horror and Crime Story fame joins the ranks for this instalment as a psychiatrist Dr Ellie Staple. With his latest feature, Shyamalan continues to question and subvert expectations of the superhero and thriller genres.

We were there on the luminous, snow-like white carpet as the talent arrived and caught a few moments with the cast and director to discuss the new film.

James McAvoy spoke to us about the experience of returning to his (many) characters from Split and highlighted the increased challenge this time round of embodying the physicality of his role.

M Night Shyamalan told us about seeing the final in his trilogy come to fruition after a 19-year gestation period and working with such an incredible array of talent.

Samuel L Jackson spoke about the challenge of having to live up to previous films and the joy of playing such an interesting and complex character.

Sarah Paulson spoke about her wish to obtain a Marvel role, working with James McAvoy and the wonder of the movie.

Anya Taylor-Joy discussed how the film grounds superheroes in reality and about the development of her character since Split.