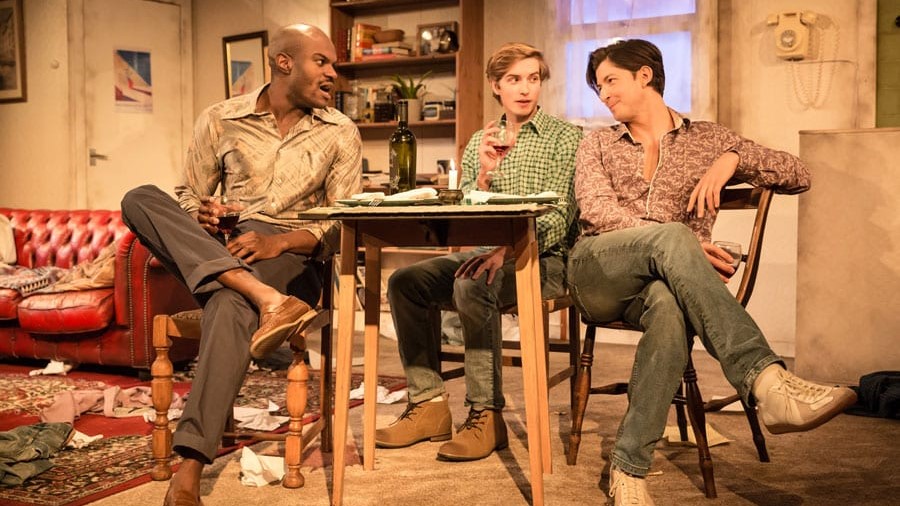 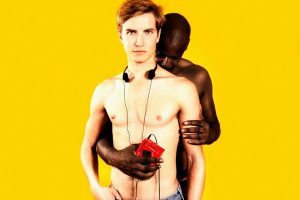 After its London premiere nearly 40 years ago, Kevin Elyot’s often overlooked playwriting debut, Coming Clean, was successfully revived by the King’s Head Theatre last summer. The four-man show seems to have only improved after its transfer to Trafalgar Studios this year.

Unlike most “gay”-branded plays that tackle sombre issues such as the AIDS epidemic and prejudice, Elyot’s piece finds its place in the ordinary and domestic. The story follows Tony (Lee Knight) and Greg (Stanton Plummer-Cambridge), a polyamorous gay couple living in a Tufnell Park flat in 1980s. Their five-year relationship is based on an understanding that they are allowed to sleep with others as long as it’s “just sex”. At first, their mutual agreement seems liberating, but when Tony starts to doubt Greg’s love, their instability begins to grow. The latter, a somewhat famous American author, is cold and condescending towards the former, particularly after the couple hires Robert (Tom Lambert) – a young actor-turned-housekeeper – to clean their flat. When Greg violates the rules by initiating a four-month-long affair with Robert, the pair begin to question their relationship, their place in life and their personal boundaries.

Although the plot features a gay couple, the storyline could just as easily apply to any relationship as it plays on themes of love, infidelity, insecurity and coming of age. The narrative is not purely defined by its focus on the concept of homosexuality – although incidences such as a brutal encounter with a homophobic aggressor are unfortunately present – but rather, matters of everyday life. This is where Elyot’s writing is underrated, particularly after the success of his Olivier Award-winning comedy My Night with Reg a decade later.

Knight’s versatile portrayal of Tony sees him bounce from “chatty gay friend” alongside William (an electrifying Elliot Hadley), his promiscuous neighbour, to a tear-jerking heartbroken lover. He expertly guides the audience through his character’s journey to the ultimate realisation of his own self-worth and limitations.

William solely injects the majority of the comedy into the play – apart from Tony’s facetious remarks – with his exaggerated gasps and unrestricted performance. Plummer-Cambridge effectively delivers an irritated, narcissistic Greg, although his performance lacks a certain depth that can be seen in the other characters.

A confident Lambert plays Robert exceptionally well, from his profound monologue about how Mozart’s music affected his life, to his shift to a devious “mistress” character. It is rather tough to manage nude scenes in such a close space, especially given that this is his West End debut, but he handles it effortlessly.

Lined with witty one-liners, promiscuity and a hefty dose of class, the staging is enjoyable, cosy and familiar. The set design by Amanda Mascarenhas wholly encapsulates a London flat in the 1980s without missing a single detail. Although the stage is appropriately intimate given the home-based set, it is sometimes difficult for two-thirds of the audience to see the full picture due to the seating arrangement. However, some may argue that this makes for a unique experience for each viewer.

This King’s Head Theatre production of Coming Clean does justice to Elyot’s writing by finally giving it the platform it deserves.

Coming Clean is at Trafalgar Studios from 11th January until 3rd February 2019. For further information or to book visit the theatre’s website here.