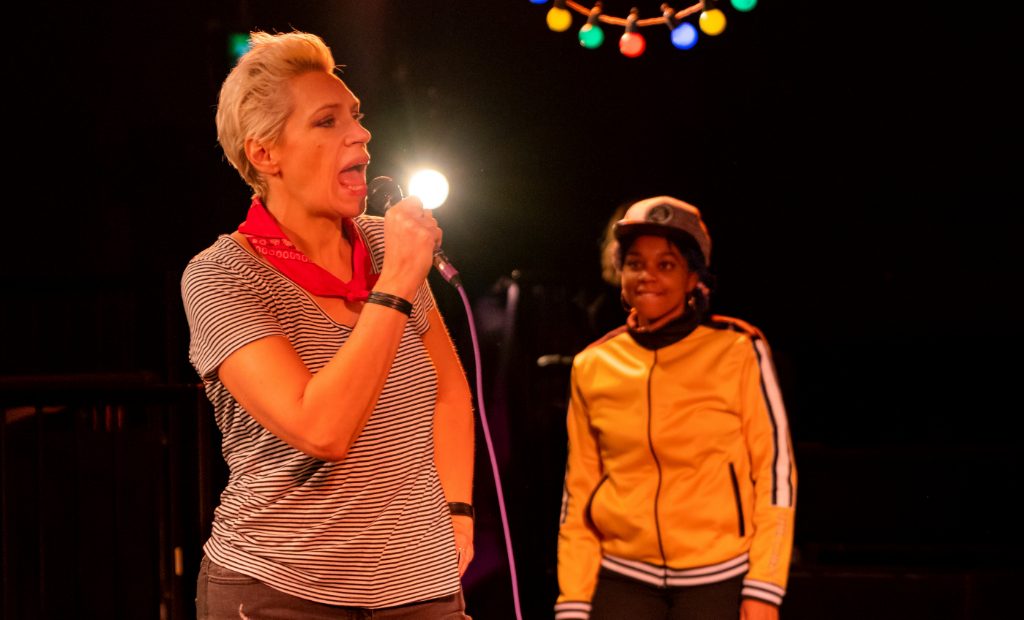 Fuelled with incredible energy and creating a colourful scenario, Twelfth Night at Southwark Playhouse is one of those Shakespearean productions that stands out for its vibe and originality.

Viola (Becky Barry) arrives at Illyria after a shipwreck separated her from twin brother Sebastian. Disguised as Cesario, she enters the service of – and soon falls in love with – Orsinia (Sapphire Joy), duchess of the region, wooing for her the virtuous Olivia. In this triangle, there are mischiefs and duels, mostly from the mind and at the hand of the lady’s uncle, Sir Toby Belch (Caroline Parker) and the dresser Maria (Liv Spencer), and everything is peppered with camouflage and music.

Anna Girvan directs a marvellous feat of entertainment and raucous enthusiasm. Making use of eccentric props, which would be more apt in a summer festival environment, and of as many instruments as possible, she turns this comedy in a very lively and enjoyable play.

There are a few mic passages to the people in the first rows and the stage movements are wide and brisk, exploiting the whole performance space, and even further. Almost all of the cast members have a double role assigned, which, towards the end, is smartly played together with a break of the fourth wall.

The show can be truly felt as the product of great teamwork, with all the performers acting, playing and singing as the main characters as well as supporting parts or in odd appearances to create small choirs and add sounds to the background. It’s engaging, and it is fantastic to see the actors are enjoying taking part in the show as much as the audience is having fun watching it.

Becky Barry is uniquely extrovert; she gives to her twins the perfect measure of oddness and similarity to make both believable and hilarious. It’s hard not to spot the exuberant Aruhan Galieva in her role as the unruly Feste, the court’s fool. Multi-talented and bouncy, she is a wonderful driving force, covering for the musical components and the random jests filling the very few moments when the stage is empty.

An explosion of fresh excitement, Twelfth Night is perfect for all ages, with a zesty, young take on the Bard’s comedy that revisits the love and social dynamics in a new setting, but without the claim to be a complete modernisation of the play. This adaptation stays pretty close to the original text, breathing a flamboyant life into it and releasing feeling good vibes.

Twelfth Night is at Southwark Playhouse from 17th January until 9th February 2019. For further information or to book visit the theatre’s website here. 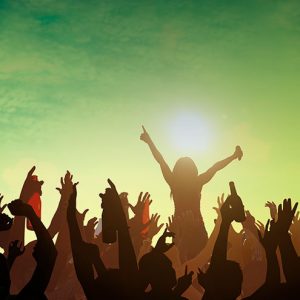