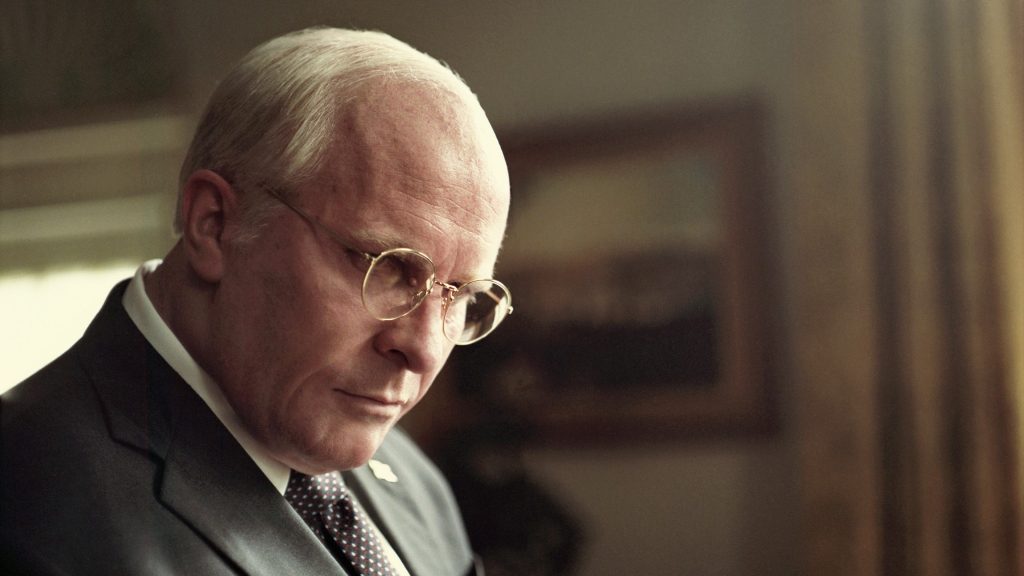 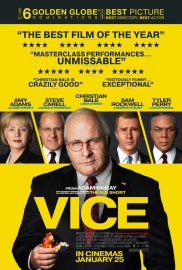 Fresh off a victory at the Golden Globes, Vice arrives on our shores, and this political dramedy about the life of American politician and businessman Dick Cheney holds weight largely due to the award-winner at its centre, Christian Bale.

Tracing the rise of the former Chief of Staff/Secretary of Defence/House Minority Whip (portrayed by Bale) throughout his long political career, Adam McKay’s flick suffers from an off-kilter pace in the first half as it explores his vast life story – including his relationship with wife Lynne Cheney (Amy Adams) and daughters Mary (Alison Pill) and Liz (Lily Rabe) – before it becomes an orderly depiction of his controversial time as Vice President in the administration of George W Bush (Sam Rockwell).

Bale and Adams are utterly excellent as the Cheney duo, transforming themselves from the likeable actors we know to a pair with iniquitous power in politics, assisted by terrific hair and make-up work. The thespians are reunited following collaborations in a couple of David O’Russell movies, and the American Hustle director couldn’t make a movie as messy (or as funny) as this one if he tried.

Playing fast and loose with chronology and aesthetic, the renowned comic director throws everything at the wall of the editing room in the name of humour: meta references, Shakespeare, fake credits, visual similes and metaphors, to mention a few. Many of the jokes stick, but some sequences make the 132-minute feature feel even longer. What’s worse is when McKay’s far-reaching ambition leaves some interesting details of Cheney’s tenure – like Halliburton’s no-bid contract in Iraq – unexplored, whilst others – such as the unitary executive theory – are repeatedly hammered into our heads.

The movie is worth watching for Bale alone, but Vice’s scattershot portrait results in a work that doesn’t display the same filmmaking finesse as the director’s previous effort, The Big Short. Nevertheless, the picture is equally as powerful as a condemnation of its subjects. Supporters of the Republican Darth Vader are probably more likely to be angered at the “liberal bias” of this film than at Cheney himself so, yes, McKay is preaching to the choir. However, it’s a virtually impossible task for him to be impartial about a character this morally bankrupt, implicated in the death of hundreds of thousands of US and Iraqi civilians as well as continued corruption in America.

Be sure to stick around for an extra scene in the middle of the credits, one of the funniest in the movie.

Watch the trailer for Vice here: