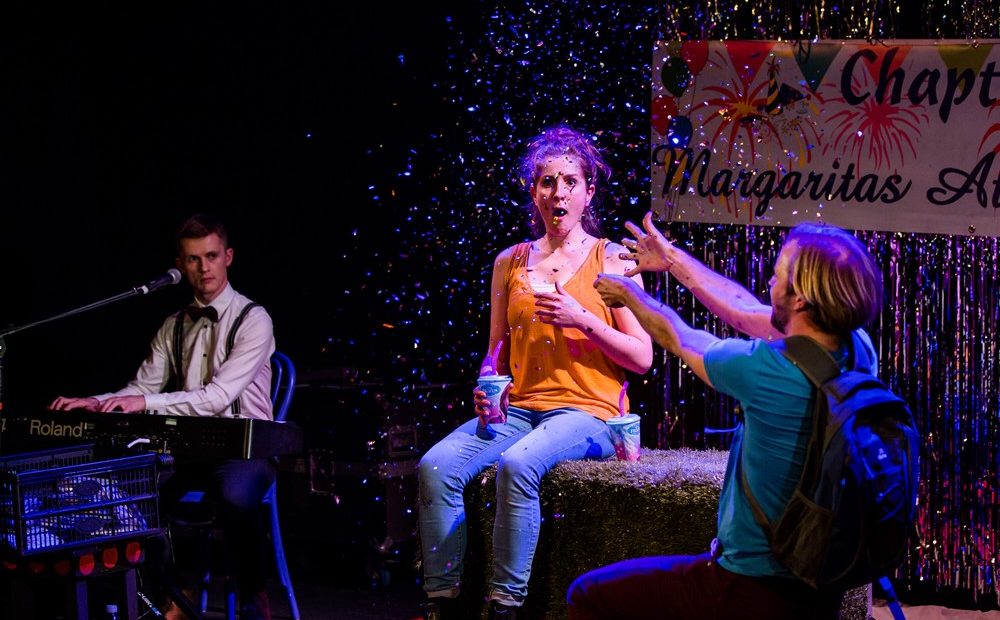 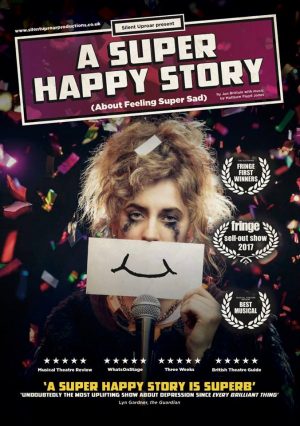 An extremely strong addition to the Vault Festival, Silent Uproar’s musical A Super Happy Story (About Feeling Super Sad) is a brutally honest and complex portrayal of depression. Through its clever juxtaposition of the simple pleasures in an average life with the absolute lows during the worst bouts of mental illness, writer Jon Brittain’s hit becomes an unrelenting and powerful exploration of a topic that deserves plenty of attention.

While it may seem strange, at first, to have upbeat singing and dancing as aspects of a show about depression, it works perfectly well. The production seeks to give the audience a taste of the disorder, where one would attempt to go happily about one’s life but have constant onslaughts of melancholia, feelings of emptiness and suicidal thoughts. The somewhat jarring tone, therefore, is not only justified, but feels real, genuine and heartfelt.

The delivery by the cast is exceptionally strong, with Madeleine MacMahon as Sally, who also narrates the entire story, demonstrating pristine talent. Her co-stars Sophie Clay and Ed Yelland – both of whom play multiple roles – are equally effective and extremely likeable. While all three performers are better actors than they are singers, everything still feels excellently put together and evokes all the right emotions at the right time.

The writing, too, is brilliant, with a great sense of humour throughout which oozes wit on every page, and amazingly well-delivered interruptions through the moments of depression. Consequently, the audience is taken on a rollercoaster ride of emotions, from the heights of laughter to the lows of despondency and dejection.

While the music itself isn’t the show’s strength, the score doesn’t distract from the overall production and lets the audience enjoy the acting, story and above all the experience to the fullest extent, turning A Super Happy Story into a powerhouse of a musical which guarantees an evening of both superb entertainment and education.

Michael Higgs
Photo: The Other Richard

A Super Happy Story (About Feeling Super Sad) is at the Crescent from 30th January until 3rd February 2019. For further information or to book visit the show’s festival page here.

Watch the trailer for A Super Happy Story (About Feeling Super Sad) here: