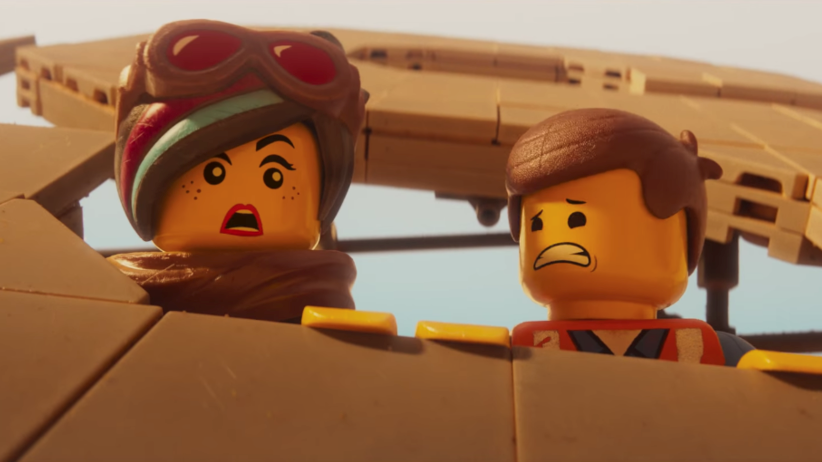 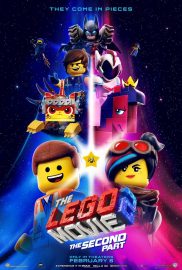 It’s safe to say, after the release of the first Lego movie, everything was indeed awesome. The film proved to be a renowned success and despite a disputable snubbing at the 7th Academy Awards, Warner Bros naturally thought it wise to bring forth a second instalment to the cinematic Legoverse. Five years later and here we are.

Picking up directly after the events of the original feature, the sequel begins with Finn (Jadon Sand) receiving the devastating news from his Dad (Will Ferrell) that now that he is allowed to play with his Lego, his sister Bianca (Brooklyn Price) must be given the chance too. Flash over from the real world to the land of Bricksburg, and everything is not awesome. Our heroes, including Emmet (Chris Pratt), Lucy (Elizabeth Banks) and Batman (Will Arnett), feel the wrath of Bianca’s Duplo invaders as the toddler toys destroy all they have built, creating Apocalypseburg – a desolate Mad Max-style wasteland where all of the characters, aside from Emmet, become hardened by their new environment. When all of his friends are kidnapped by Queen Watevra Wa’Nabi (Tiffany Haddish) it is up to Emmet to travel to unexplored worlds and, with the help of new yet strangely familiar companion Rex Dangervest (also Pratt), prevent the unravelling of the greatest threat to their universe, “Ar-mom-ageddon”.

Ladies and Gentlemen, it gives this reviewer pleasure to report that everything in the Legoverse is still totally awesome – Will Arnett is back as Batman, what more do you need? But on a serious note, it seems the team behind the success of the first movie have stumbled upon a formula that just simply works and stuck to it, much to the audience’s gain. Full of quick wit, cultural gags and moments that will simply leave your jaw hanging in surprise and awe, this film has everything. With practically a full cast returning to reprise their roles, an immense level of character development is required to make this second instalment unique, which thankfully appears to be no challenge for Phil Lord and Christopher Miller. An engaging and exciting plot blends with punchy personalities and catchy new numbers that will get stuck inside your head  – trust me.

Some ideas are heavily recycled, not necessarily bringing fresh and new creative material to the table, but the ingenuity of the project as a whole still breathes life into the franchise with total conviction, alongside mind-blowing cinematography. The picture sets out to show that the opportunities, both in the real world and the land of plastic construction toys are endless; just watch and enjoy the antics of Pratt’s Rex Dangervest and you’ll find out for yourself.

It’s not uncommon for sequels to fall horribly short, but The Lego Movie 2 is a followup adventure as exciting as the first. One big, boxed-up bundle of joy, this film is – once again – brilliant fun for all the family.

The Lego Movie 2 is released nationwide on 8th February 2019.

Watch the trailer for The Lego Movie 2 here:

Taro at Brockley Jack Studio Theatre | Theatre review
The Kid Who Would Be King premiere: On the red carpet with Joe Cornish, Sir Patrick Stewart, Louis Ashbourne Serkis and cast