“Be contrary, be flexible”: An award-winning BAFTA panel reveal the secrets to screenwriting success 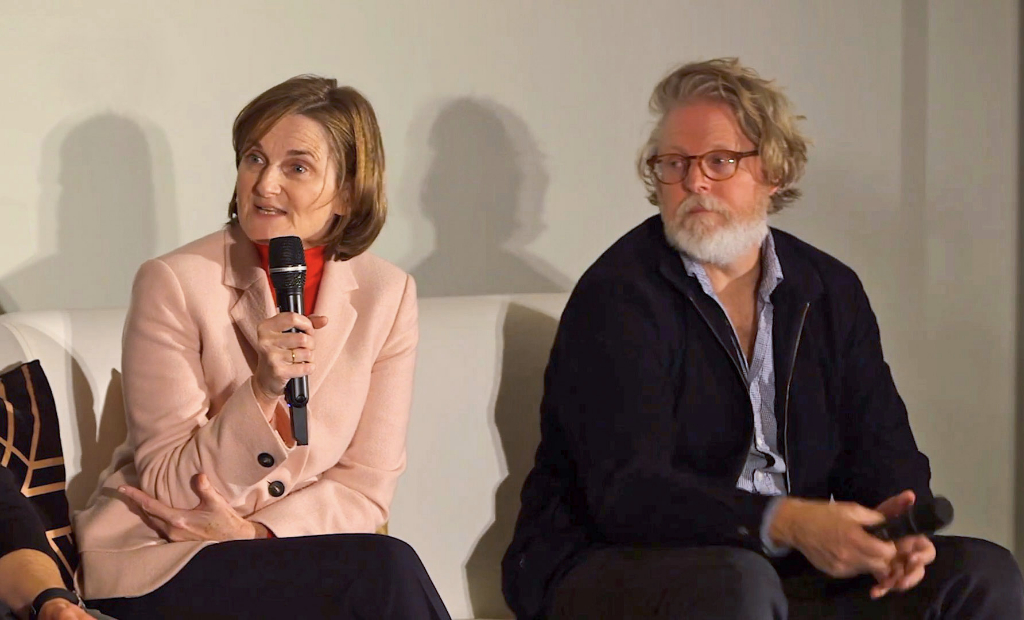 “Be contrary, be flexible”: An award-winning BAFTA panel reveal the secrets to screenwriting success

On Sunday evening, Britain’s most prestigious awards ceremony returned to the heart of London to host the eagerly-awaited annual coronation of the cinematic elite. On Saturday morning, in the calm before the storm of glitz and glamour, shining trophies and red carpets, BAFTA took a moment to focus on the oft-overlooked and underappreciated brains behind the year’s biggest films. At the academy’s home in the heart of Piccadilly, we were invited to take a seat in the finest writer’s room in the industry, where a panel of nominees (and soon-to-be award-winners) gave us an insight into what it takes to craft a world-class screenplay.

When it comes to inspiration, finding the right material is key. No one knows this better than Deborah Davis, one of the masterminds behind Yorgos Lanthimos’s offbeat period comedy The Favourite, which bagged the BAFTA for Best Original Screenplay. Davis spoke about how her historical research led her to uncover the captivating female triangle between Queen Anne and the two women vying for her affections. However, bringing the story to life was a team effort with co-writer Tony McNamara, also in attendance, whose style was in tune with – as he delicately put it – the “distinctive sensibility” of the film’s director, with whom he was able to craft a “period movie that does something different.”

Collaboration was also a key component in the conception of Spike Lee’s BlacKkKlansman – winner of Best Adapted Screenplay – which is based on a true story (sourced initially from a Facebook post) about the infiltration of the KKK in the 70s by the first black police officer in Colorado Springs. Writers David Rabinowitz and Charlie Wachtel told us about how their scary approach of drafting the script without the rights actually paid off when they got the backing of such an influential filmmaker: “if you’re going to get it rewritten by anyone, let it be Spike Lee.”

Will Fetters, one of the writers behind Bradley Cooper’s A Star Is Born – the third remake of the classic 1937 film – also agreed that writing is all about compromise, elaborating that the inherent nature of show business means that “without business, there is no show”, and as such “there’s a line you have to walk”. However, the writer recalled how by bringing the “dated” gender politics of the original movie into the 21st century,  his fresh take garnered interest from Cooper, who was thankfully willing to take creative risks.

While Fetters’s biggest challenge was being assertive and staying true to his characters, for Davey and McNamara the trickiest task was navigating and balancing the three big personalities in their multi-protagonist plot. BlacKkKlansman, too, was far from plain sailing, the writers unsurprisingly hindered by the problematic predicament of “being white and telling the story of a black detective”.

However, these screenwriters all had their happy ending, and they left us with some invaluable words of wisdom. With a grin, Fetters assured us that “nobody knows anything”, and consequently you should value your own story as much as the next. Though said with humour, this was similar to the parting advice of Rabinowitz and Wachtel, who pressed upon us the importance of focusing on the work rather than chasing agents and commercial success. Indeed, there was one final piece of advice from Davey that summed up the sentiments of the session: “Be contrary, be flexible”. In other words, stand up for your idea, but don’t be afraid to let it blossom into something wild and wonderful.

The EE British Academy Film Awards was broadcast on BBC One at 9pm on Sunday 10th February. For advice and inspiration from the best creative minds working in film, games and television, visit their website here.