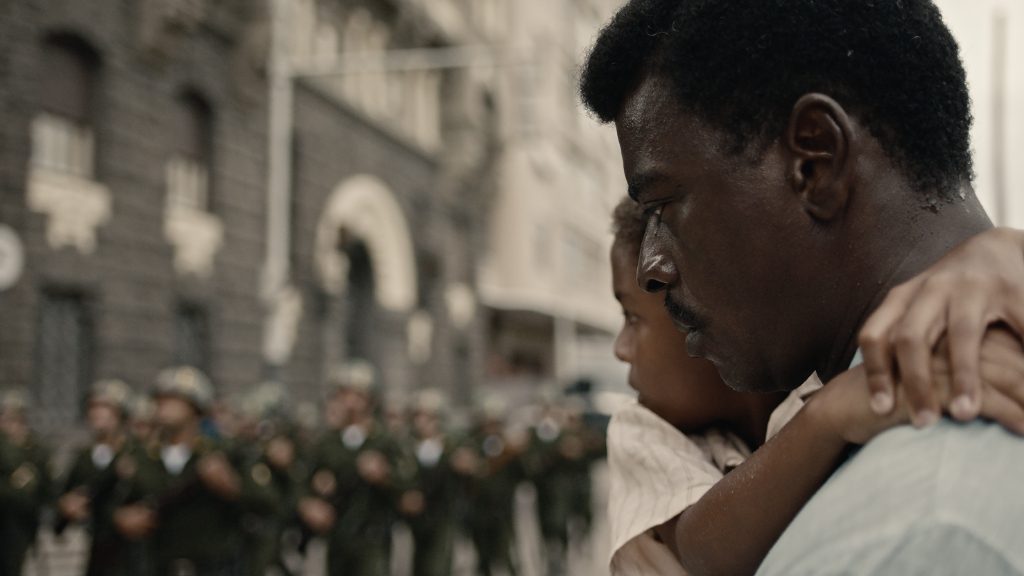 Actor Wagner Moura’s directorial debut concerns the life of leftist revolutionary Carlos Marighella fighting against the military dictatorship in Brazil in the 1960s. Marighella had its world premiere at Berlinale. It hones in on the first four years of the military state (which lasted 21 years) after the country’s US-backed coup d’etat. The film charts the eponymous Afro-Brazilian Marxist author and his armed underground network fighting against the state. Sacrificing their families and their lives, the group is violently picked off by the powerful government.

The opening act is particularly dizzying. We jump back and forth four years twice and then randomly ahead a week. After which, the time shifts stop altogether. It seems the decision was an attempt to provide some context for the revolutionaries. Yet, the schema fails in its mission. There are large gaps in context, which is understandable for a non-Brazilian viewer. However, the movie’s aim is to shed light on a man that many have tried to eradicate from the country’s narrative. Perhaps a little more elaboration on his ideology and complexities could have been awarded. Moura chooses long shoot-out scenes and gruelling torture sequences over context.

The characters that emerge in Moura’s film are valiantly played by the ensemble cast. Seu Jorge and Humberto Carrão’s performances, in particular, soar. Many of the characters are amalgams of real-life, not one-to-one recreations. Puzzlingly, their complexities of character and cause feel more one-dimensional than the views in a faction would presumably be.

Work on the picture began way back in 2013, long before Bolsonaro’s government was placed on the global stage. Marighella‘s significance is inescapable in Brazil’s current climate. The unbreakable power of the revolutionary spirit is as relevant today as it was in the last century and with Marighella Moura creates a thrilling, emotionally fraught and piercingly relevant film.

Marighella does not have a UK release date yet.