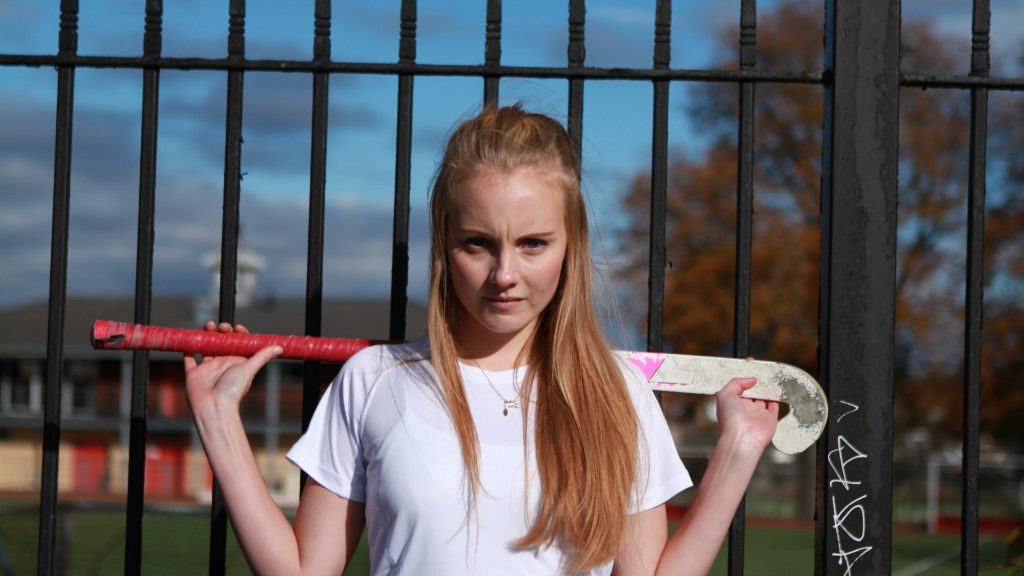 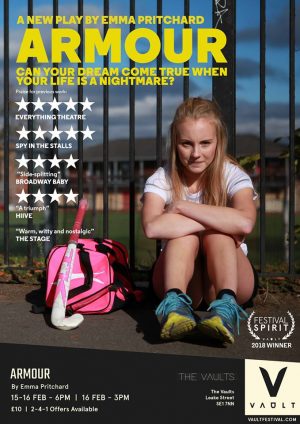 Armour tells the coming-of-age story of Susie, a 14-year-old Catholic school girl in Farleigh on Sea, as she tries to accept her father’s absence, her mother’s coping mechanisms and the consequences of a well-intended white lie. A funny representation of teen angst, Armour‘s sharp script is written and performed by Emma Pritchard.

The one-character production is packed with humour and wit, Pritchard’s youthful features and voice giving the impression that she is a teenager, though in reality the actress is in her mid-20s. Susie plays hockey in school, and wants one day to compete in the Olympics. Her older sister, Jess, left to live with her boyfriend – a man-child according to Susie, who wipes dishes with his sleeve instead of a towel. In addition to this, the teenager’s dad recently deserted the family, and Susie finds herself coming to terms with the changes in her new life.

Pritchard’s portrayals of the protagonist’s mother and a posh, entitled girl at school are executed well, the performer differentiating between each character with slight body and verbal changes: a hand on hip here, a stern voice there. Irrespective of a couple of minor stumbling occasions, which the performer takes in her stride, Armour brings forth school memories, and the delicate trajectories of growing up in a world where everything is changing whilst also trying to fit in.

Armour is at the Studio from 13th until 17th February 2019. For further information or to book visit the show’s festival page here.