Come From Away at Phoenix Theatre 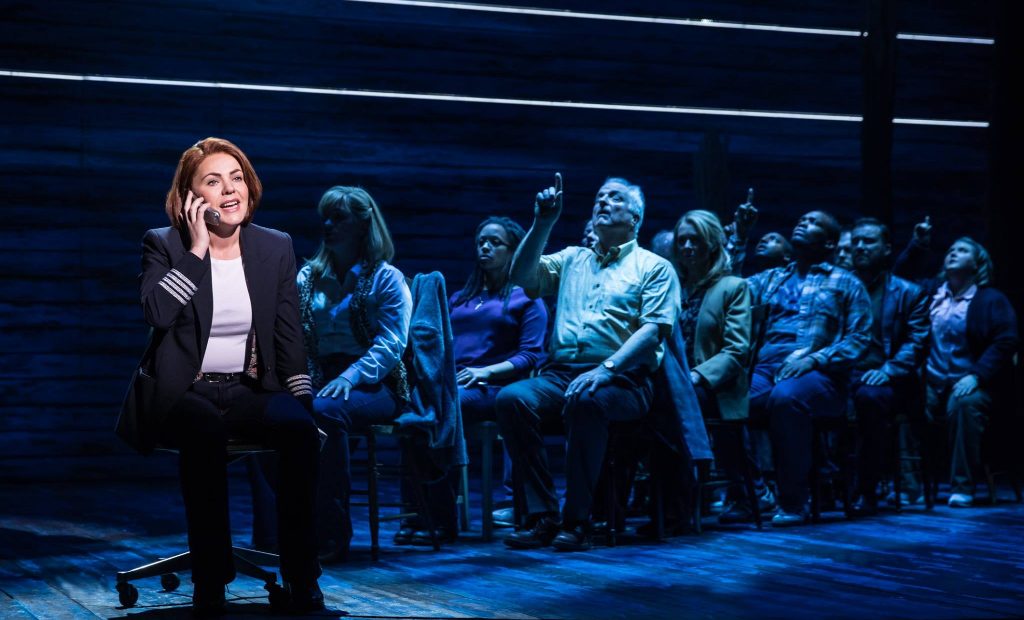 Come From Away at Phoenix Theatre | Theatre review

Come From Away is odd. That it is at the same time not particularly adventurous, a crowd-pleaser in the purest sense, only makes it feel odder. The basis for the musical in and of itself is the kind of subject matter picked when a show like 30 Rock wants to parody the genre: the story of Gander, Newfoundland, a little town on a rock that saw its population double on September 11th, 2001 thanks to 38 diverted flights.

On paper it sounds like the production is entering some potentially dodgy territory. Yet the team behind this Broadway import – specifically couple Irene Sankoff and David Hein, who wrote the book, lyrics and music – have produced a work of such overwhelming heart that any initial scepticism, as well as a whole host of flaws, are by and large swept away in the show’s tidal wave of positivity.

Set in the terrifying uncertainty of the week that followed 9/11, Come From Away zooms in and out of the situation in Newfoundland, covering both the town-wide practicalities of dealing with 7000 unscheduled visitors and the individual stories of some of those who found themselves stranded on the island.

Though you’d think these personal narratives would be the real draw, the musical works best when painting in broad strokes. Cultural clashes, cabin fever, the unity of community: all get the ensemble treatment, a foot-stomping blast of Gaelic-tinged folk and rock. The apotheosis of this approach is actually one of the show’s quieter moments, Prayer. The island’s visitors each find their own space to pray, a multi-faith chorus of reflection that, like the rest of the piece, may feel overly sentimental to some, but is a nice snapshot of the production’s simple but powerful message about kindness and connection in the face of horror.

In contrast, the individual stories are a bit ham-fisted in their execution. Most of the characters are operating on the level of stereotype, or at least caricature. Their songs are also among the weakest, lacking the oomph of their ensemble counterparts. The exception, perhaps, is Me and the Sky, the tale of the first female pilot of an American Airlines aircraft Beverley Bass, belted by cast standout Rachel Tucker.

Director Christopher Ashley’s staging is a bit basic, not because of its simplicity but because of the lack of imagination in the use of the revolving turntable and chairs that make up the brunt of the set. And it is so saccharine that you may well leave with a toothache. However, there is something to be said for a show that is serious in its sincerity and celebration of kindness; it’s a rarer sight than it should be.

Come From Away is at Phoenix Theatre from 30th January until 3rd November 2019. For further information or to book visit the theatre’s website here. 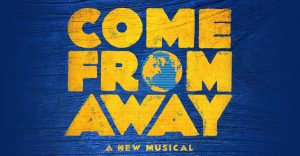