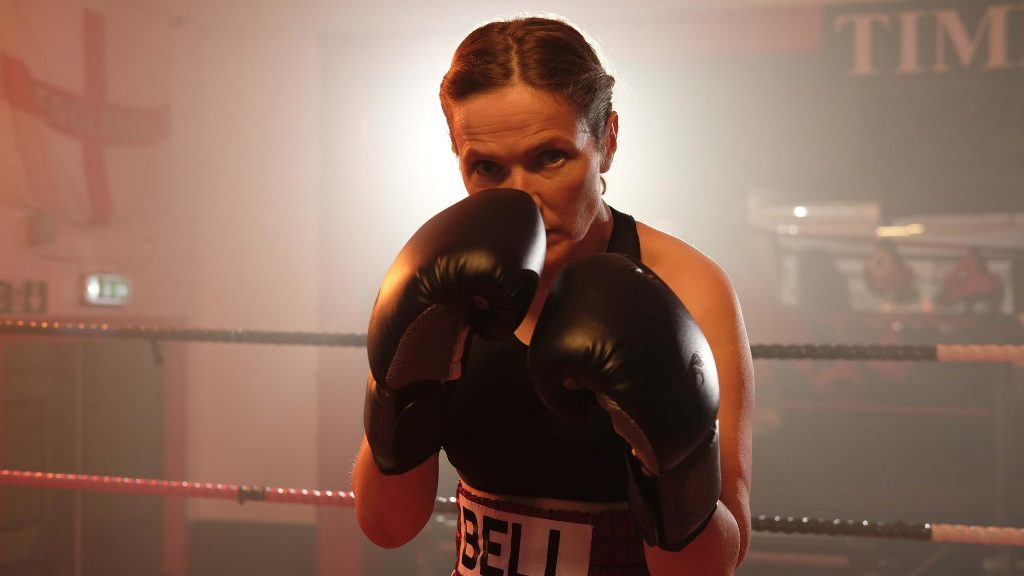 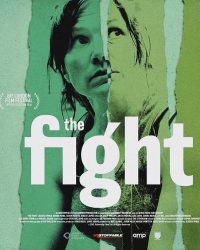 Written by, directed by and starring Jessica Hynes in her feature debut, The Fight follows mother Tina as she struggles to cope with her day-to-day life. Her eldest daughter (Sennia Nanua) is being bullied at school, her mother (Anita Dobson) is threatening to leave her father (Christopher Fairbank), and the relationship with her husband (Shaun Parkes) is nearing its own breaking point. To deal with these issues, Tina decides to face them head-on in the boxing ring, fighting for her own self-esteem to gain the strength to hold her family together. Putting a new spin on the underdog fighter story, This film is an inspirational tale of finding strength and courage, but one that lacks enough focus in its many subplots to deliver the knockout blow.

Featuring a who’s who of incredible British talent including Sally Philipps, Russell Brand, Liv Hill and Alice Lowe, the movie is bursting with outstanding performances. Philips, in particular, as the music teacher we all wished we had, consistently shines whenever she’s onscreen, delivering sly chuckles and setting up the more dramatic moments as she goes. With talent such as hers, her potential feels somewhat wasted with the little screen time she’s given. The same goes for Lowe who briefly appears in a small – but hilarious – cameo.

This is not to take anything away from the core cast, however. Hynes’s performance is nothing short of extraordinary. Mixing the classic tongue-and-cheek British humour with a very troubled character trying to redeem herself, the actor paints a fully three-dimensional protagonist for audiences to root for. The soundtrack, too, is a notable highlight, coating the picture in atmospheric, electronic tones.

Although the film is able to handle delicate subjects like bullying and abuse alongside the long-lasting effects they can have on individuals with great care and respect – through both explosive outbursts and quiet moments of reflection – the script is simply unable to balance each of its subplots to maximum effect. We cut frequently between each narrative, and consequently, there isn’t sufficient time to flesh out each story thread enough for it to truly matter, with some even becoming lost in the surprisingly complex web being spun. While the conclusion isn’t designed to give any concrete resolution to the problems, it nonetheless feels anticlimactic.

The titular battle in Hynes’s feature debut may be metaphorical, but it’s entertaining nonetheless – even if it’s unable to floor viewers with the powerful blows it should be throwing.

The Fight is released in select cinemas on 15th March 2019.

Watch the trailer for The Fight here:

“It will take many generations until gay characters can be written without some scar tissue from the past”: Playwright Martin Sherman discusses Gently Down the Stream
9 to 5 at the Savoy Theatre | Theatre review