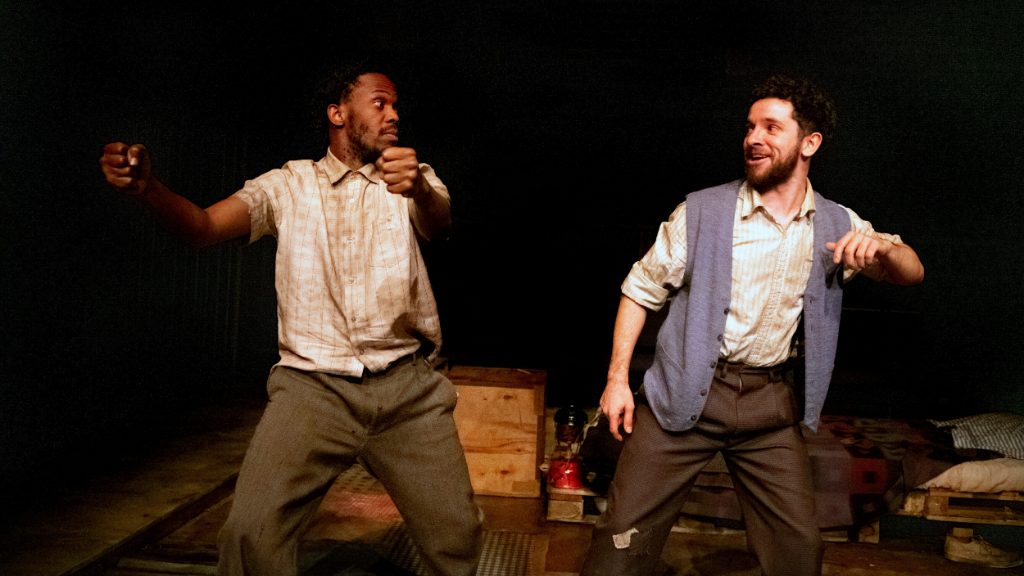 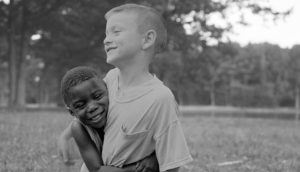 South Africa, 1961. Amidst the shanties and mud huts of Port Elizabeth’s suburban district, Korsten – where donkeys roam free, roads lay unstructured and a foul-smelling lake serves as the dumping ground for waste products flowing in and out from nearby factories – live two brothers, Morris (Nathan McMullen) and Zachariah (Kalungi Ssebandeke). Though close relationship-wise, the two are worlds apart when it comes to their physicality. Morris, the light-skinned sibling, has greater leeway in terms of life pursuits – being literate makes him a worthier member of society – whereas dark-skinned Zachariah struggles on that note: he must discard his pen pal and soon-to-be love interest due to his African-like complexion. When Morris agrees to use his whiteness to remedy the obstacles, the results prove staggering, throwing the brothers into a whirlwind of chaos and confusion which sees them not only having to fight for each other, but for their own lives too.

Directed by Matthew Xia, founding member of Act for Change, Athol Fugard’s Blood Knot takes an intense look at the timeless debate surrounding racial identity, as well as criticising the disingenuousness of the Apartheid regime and the debilitating effect it has had on families and their livelihoods for the better part of 50 years.

With its squared set – consisting of beds, wooden crates and lanterns – combined with diegetic sound design, amalgamating the buzz of mosquitos with the echoing of an alarm clock (the latter a crafty stage management technique used to cue the cast as well as propel the narrative forwards), the actor-audience relationship is heightened to optimal levels, enabling the production to transform into a thoroughly engaging experience. Xia achieves this by continuously juxtaposing scenes of dramatic tension with more tender sequences, so as to rejuvenate the piece and keep it atmospheric.

Both Ssebandeke and McMullen are outstanding in their delivery, performing the roles of Morris and Zachariah with so much naturalness and ease that it feels as though they have been helming their own biopic.

In an era governed by socio-political ideals, where immigrants are stripped of their rights and nationalism is spreading around the globe like wildfire, Blood Knot is here to remind us that ethnic segregation is very much a present-day issue and one which still requires a great amount of tackling.

Blood Knot is at Orange Tree Theatre from 8th March until 20th April 2019. For further information or to book visit the theatre’s website here.