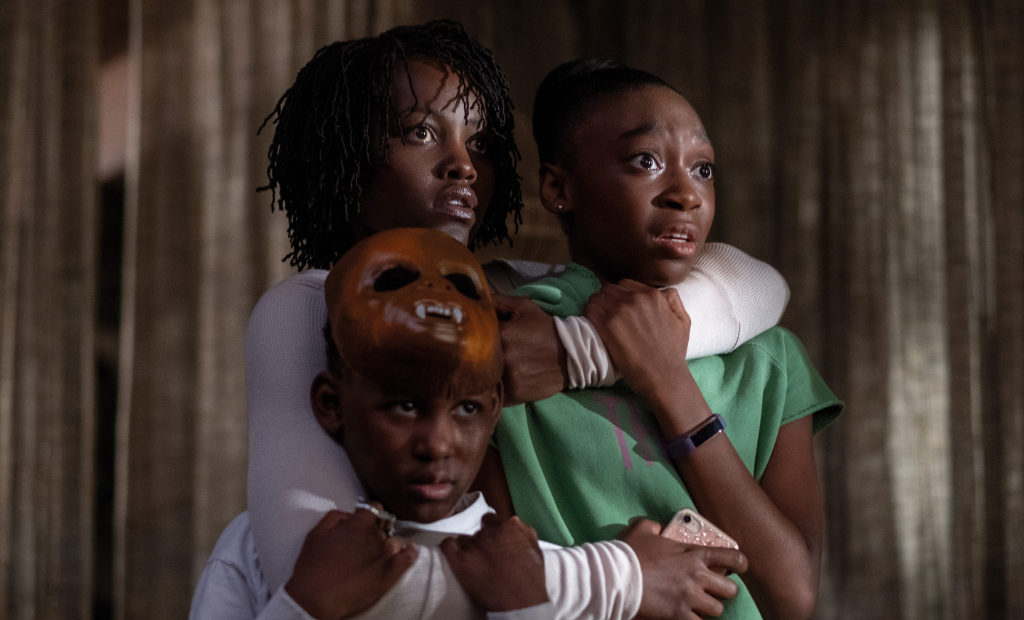 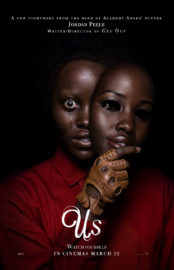 Jordan Peele’s astonishing, audacious follow-up to Get Out does not disappoint. Us follows a vacationing family tormented by strangers who look exactly like them. Nothing can prepare audiences for this fearsome ride, not even the trailer, which only really confirms that Luniz’s I Got Five on It has been co-opted as an unnerving theme song.

There are few truly original ideas today so whilst Get Out shared narrative DNA with The Stepford Wives, Us is a distant cousin of Invasion of the Body Snatchers. Film references are aplenty, with nods to The Wolfman and The Shining to name the obvious ones. Whilst the filmmaker sources various bits from elsewhere, he creates a horror movie that can only be described as Peele-ian. His style is characterised by deftly placed comedy and producing fear in our imaginations as well on-screen, whilst holding up a mirror to America and creating a fresh mythology. The Tethered will enter the pop culture lexicon like the Sunken Place.

Unlike its predecessor, Us isn’t about race but it’s appreciable to have a black family at the centre of such a film, considering African-American actors historically haven’t been well accommodated in the genre. The trope of “black dude dies first” exists for a reason. The Wilson family stay in our minds thanks to the top-tier dual performances by the four actors.

Lupita Nyong’o is the star. She should be handed a second Oscar for her poignant, demented portrayal of matriarch Adelaide and her doppelgänger Red. Winston Duke is hilarious as happy-go-lucky father Gabe and brutal as his copycat Abraham. Evan Alex and Shahidi Wright Joseph portray the kids Jason and Zora with great gusto and chemistry, smartly outwitting their evil lookalikes. Further excellent performances come from cinematographer Mike Gioulakis – it’s nice to see the striking split diopter used in a non-Tarantino contemporary film – and Get Out composer Michael Abels, who again makes eerie use of chanting.

What Us says is less transparent than Peele’s previous movie but the intricate storytelling will reward repeat viewers. There are many symbols and motifs to unpick in this multi-layered narrative, none of which are detailed here so readers can experience the complete head trip. Expect to see many deep thematic analyses, and perhaps Peele will do another Vanity Fair video breaking down popular fan theories. Though, Us doesn’t really need to be explained or answered by him yet (or ever), he needs us to foremostly relish it as a terrifying cinematic experience. We certainly did.

Watch the trailer for Us here: