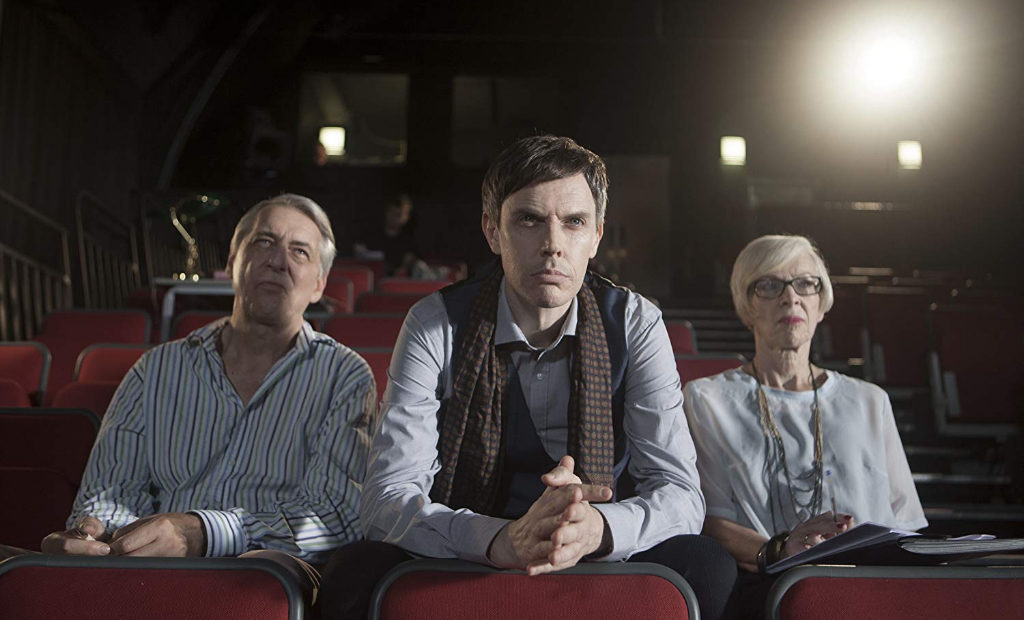 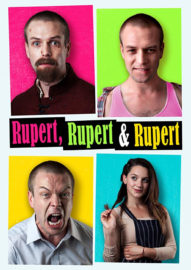 The latest feature film from Mick and Tom Sands (The Holly Kane Experiment), Rupert, Rupert & Rupert follows the titular actor (Sandy Batchelor) as he battles with multiple personality disorder, which pushes his career to the brink of destruction whenever his alter egos – an always-angry Scotsman and a sexual maniac – surface. However, when he’s miraculously handed the starring role in a new West-End play, Rupert must try and control these manifestations of his personality to salvage his career and win the heart of kindly make-up artist Stevie (Daisy Keeping). No doubt intended to be a satirical take on the world of theatre, the effort falls flat on its face from the start, resulting in a frustratingly unfunny and bland comedy with little substance or charm.

For this premise to work, the personalities portrayed by Batchelor need to be likeable, after all it is these characters – practically the rageful one – who we spend the most time with. While Batchelor does a commendable job in switching between the three contrasting personas as required, their onscreen presence is unfunny at best and unpleasant at worst. The exaggerated sexual advances of one are always incredibly uncomfortable to sit through despite being played for laughs whereas the hyperbolically enraged Rupert is by far the worst addition to the film. Not only is the humour from this character derived solely from childish name-calling and shouting insults, but the delivery is perhaps one of the worst attempts at a Scottish accent put to screen. This vulgarity extends to most of the characters depicted with the exception of Keeping, who is by far the best addition to the movie. It’s disappointing, then, that she has little to do except be the love interest.

On a stylistic level, the picture is equally as vapid. The pacing is uneven, an unending overly melodramatic score doesn’t fit many of the scenes and comically meaningless inserts are scattered throughout the runtime. Even the finale, where a phenomenal performance by Batchelor looks to stick the landing to finish the flick on a high note, is ruined when the script patronises viewers by spelling the significance out loud before taking the central character arc and throwing it in the bin for a cheap laugh.

Awkward, unfunny and tasteless, Rupert, Rupert & Rupert is the sort of triple threat that should be avoided if its entertainment you seek.