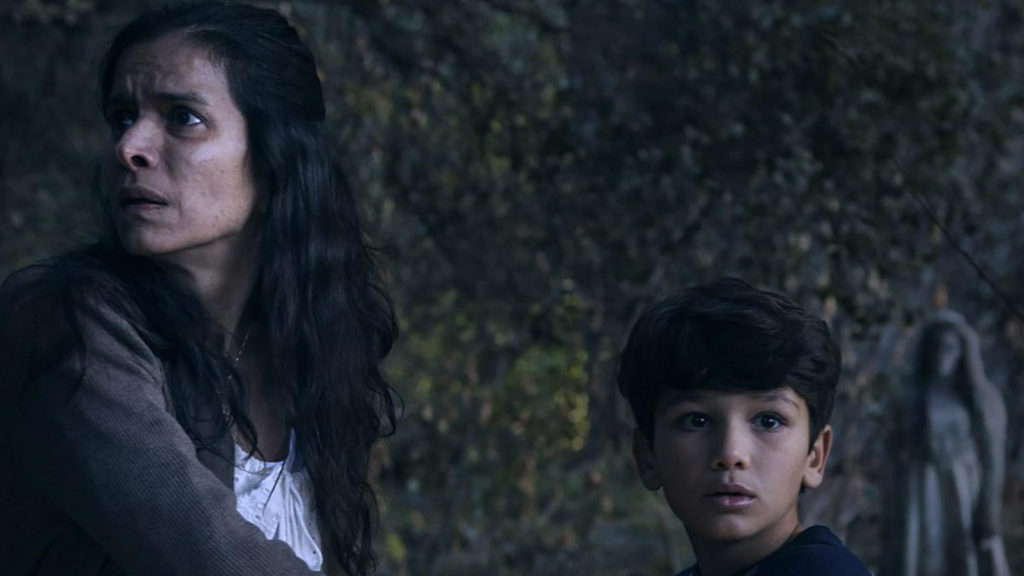 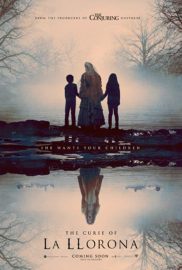 The latest entry in The Conjuring Universe, The Curse of La Llorona is a basic ghost story about a family stalked by the apparition of a woman known as La Llorona (The Weeping Woman), a legend in Mexican folklore who drowned her children after her adulterous husband betrayed her.

Anne Tate-Garcia (Linda Cardellini) is a social worker investigating the disappearance of two children belonging to the disturbed Patricia Alvarez. Patricia is forcibly escorted out of her home whilst Anne manages to snatch her key to a door wherein she finds the boys alive and shelters them. Subsequently, they’re found dead by drowning. We know the drill; the curse of La Llorona continues.

We learn about the “what” and “who” of the spectre’s origins but not so much the “why” and “how”, ultimately rendering the Weeping Woman as just another ghost. Certainly, her characterisation suggests this film exists as a commercial exploit rather than a meaningful expansion of the franchise. It’s especially unsatisfying for anyone familiar with the folklore, in which she has a richer story entailing an afterlife in purgatory.

Beyond its place within the cinematic universe, La Llorona must work as a standalone movie and, thankfully, it delivers a steady stream of scares. The demon frequently appears in her full horrifying glory and her ear-piercing shrieks are frighteningly loud. Cardellini is a convincing scream queen and Raymond Cruz plays a shaman with a sly sense of humour, putting in more effort than the cast of Annabelle and The Nun. The former is very talented but it’s nigh impossible not to question the central casting of a non-Latina in such a culturally specific narrative.

Michael Chaves relies on jump scares and demonstrates little creativity in the build-ups but he stays afloat in a sea of formulaic horror simply by raising the volume and giving the ghost a significant presence throughout rather than saving the brunt for the third act. It’s a hair-raising cinematic experience, which is honestly a fair trade for worthwhile storytelling in a blatant cash-grab.

The director is replacing James Wan to helm The Conjuring 3, which seems safe albeit mildly concerning. La Llorona may well be the test drive before Chaves enters the true driver’s seat, where he’ll need to do more than spin his wheels. However, it’d be nice if the creative credit drama of the original Poltergeist happened here too, with Wan as the Spielberg to Chaves’s Hooper.

The Curse of La Llorona is released nationwide on 3rd May 2019.

Watch the trailer for The Curse of La Llorona here: