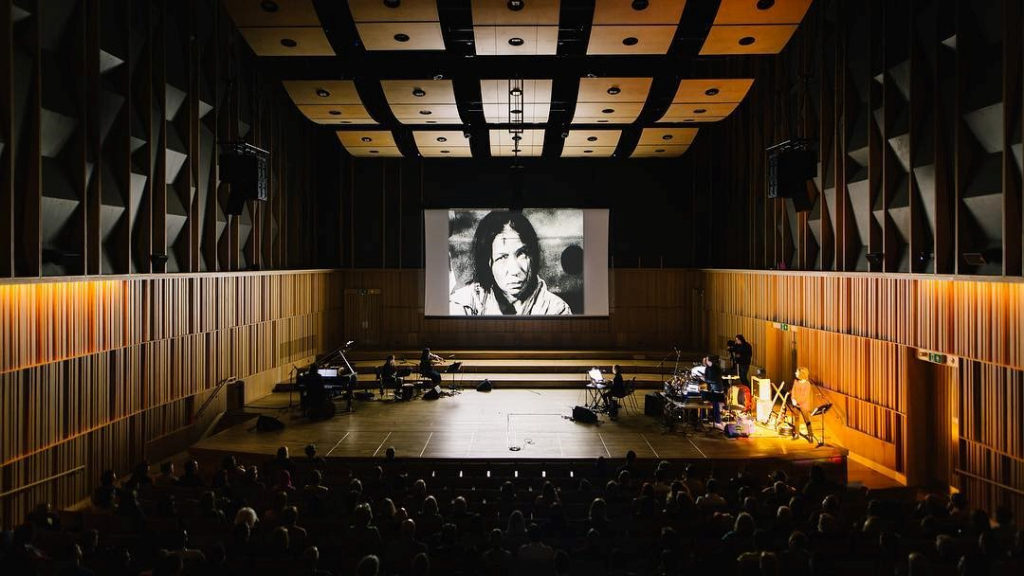 Away from The Bull Ring, the surplus of oversized Wetherspoons and the sense of dread with which Birmingham natives warn tourists of their visit, the organisers of Flatpack Festival use the hipster area of Digbeth to showcase the film and mixed media arts scene hailing from England’s second city.

There’s a real sense of community here, with many of the programming choices seemingly reflecting a need to give Birmingham the chance to see some of the past year’s festival favourites. Abrantes and Schmidt’s football-satire-cum-queer-spy-pastiche Diamantino plays to an excited crowd, while Eighth Grade and Birds of Passage receive what could be their only cinema screenings in the city. If these are sure-fire successes, it’s elsewhere that the programmers really get the chance to experiment.

Digbeth is a vast industrial area that’s host to unassuming art spaces, and without having yet been overrun by Melbourne-style cafés, there is a sense of discovery about the place. The artists I spoke to there seemed motivated not by notoriety or success as much as the creation and sustenance of a scene as an end in itself. You can see that at exhibitions like Greg McLeod’s Bermingham: The (Not Entirely) True Story of a Misspelt City, which explores particularly Brummie spaces through a mythic, sometimes sci-fi lens.

Other events connect Birmingham with cinema history. In Travelling With Chaplin, filmmaker Surjit Simplay explores the connection between Charlie Chaplin and the traveller community following the revelation that the master filmmaker was born in the nearby Black Patch Park and not in the East End of London. Part TED talk, part film screening, it ends with an opportunity to revisit Chaplin’s The Kid.

Elsewhere, a number of funny, experimental shorts by emerging filmmakers and documentaries on subjects from Chilly Gonzales to Mikhael Gorbachev provide the glue capturing the festival’s challenging, grab bag mentality. The Optical Sound strand offers the most experimental arm of the event, a selection of audiovisual performances that explore communication through digital and analogue film.

Beats, Brian Welsh’s 90s rave-scene barnstormer, is a perfect choice for the Saturday evening main event. It’s an uplifting British feature, with a DIY spirit that surmises what Flatpack are trying to achieve. There’s a curious choice by the team to show a subtitled version of the piece which translates some of the Scottish dialect – “Pigs” become “Police” and other slurs get filtered into a more friendly, less authentic language. You wonder why a festival geared around authenticity and free expression would acquiesce to this sanitisation. Afterwards, they host a 90s-themed party where punters dance shoulder to shoulder with the filmmakers, while trailers for Titanic and Boyz In the Hood are projected on a loop.

Between the varied architecture, a maze-like layout that’s ripe for exploration and a diverse people who are always up for chatting and sharing ideas, Flatpack Festival proves there’s more to Birmingham than the miserablist stereotype that so many of the locals like to transmit. Perhaps they’re just trying to keep it secret.

Flatpack Festival took place in Digbeth from 30th April until 5th May 2019. For more information visit their website here.

“For me, folk music is the songs and melodies, not the instruments”: Singer-songwriter Joshua Burnell on prog-rock, folk and the quest for traditional songs
Muso at Bloomsbury Theatre | Theatre review