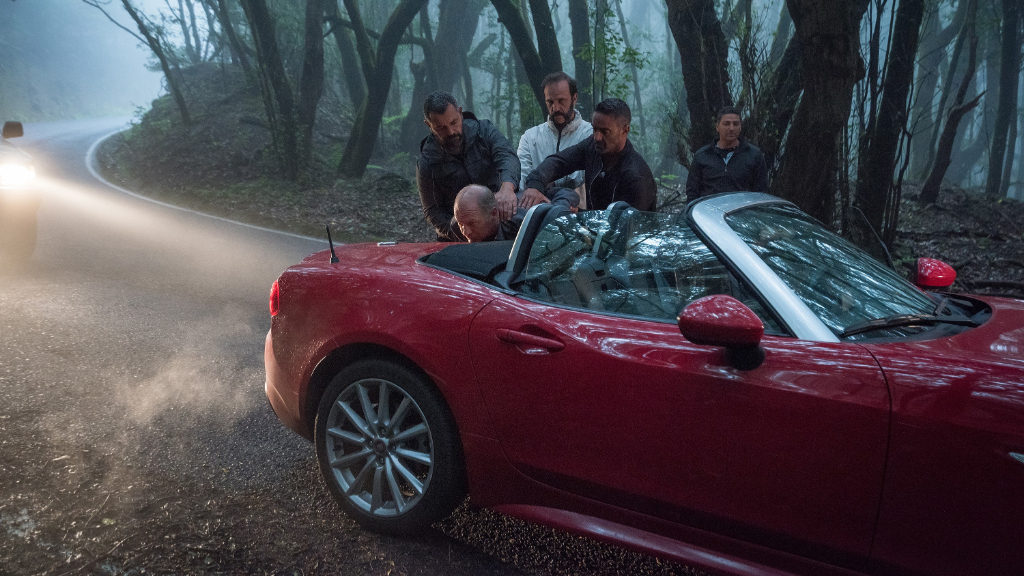 Kicking off with Iggy Pop’s The Passenger and descending into a Cold War-style espionage thriller, in which cop Cristi (Vlad Ivanov) must learn a complex language of whistles in order to recover a large sum of money with some gangsters, Corneliu Porumboiu’s The Whistlers certainly isn’t lacking in style. The film has good visual sense and offers a fresh take on corruption in Romania, which has repeatedly been tackled in more realist fare. It doesn’t add up to much more than that – but it’s just about enough.

Divided into chapters which ping-pong between timelines, The Whistlers doesn’t waste time setting up its conceit. The scene where Cristi learns how to whistle is funny because it’s random – the logic is simply that the language is indistinguishable from birdsong and thus easy to conceal. Porumboiu is a director who’s always been interested in communication, but it doesn’t seem to have much symbolic import here. It’s just funny. More pointed are scenes with the protagonist’s boss Magda (Rodica Lazar), whose corruption is as matter-of-fact as the brutality of gangster boss Paco (Agustí Villaronga).

The plot is breezy enough – satirical on matters of the church and of local communities – that the violence, when it comes, is shocking (there’s a particularly gruesome shot of blood soaking into a keyboard). Some of the narrative threads don’t come together – the treatment of Gilda (Catrinel Marlon), a sort of femme fatale drawn into the scheme, borders on objectifying – and it ends on an empty note, but it’s an otherwise satisfying enough treatment of a familiar subject.

The Whistlers (La Gomera) does not have a UK release date yet.

Watch the trailer for The Whistlers (La Gomera) here: