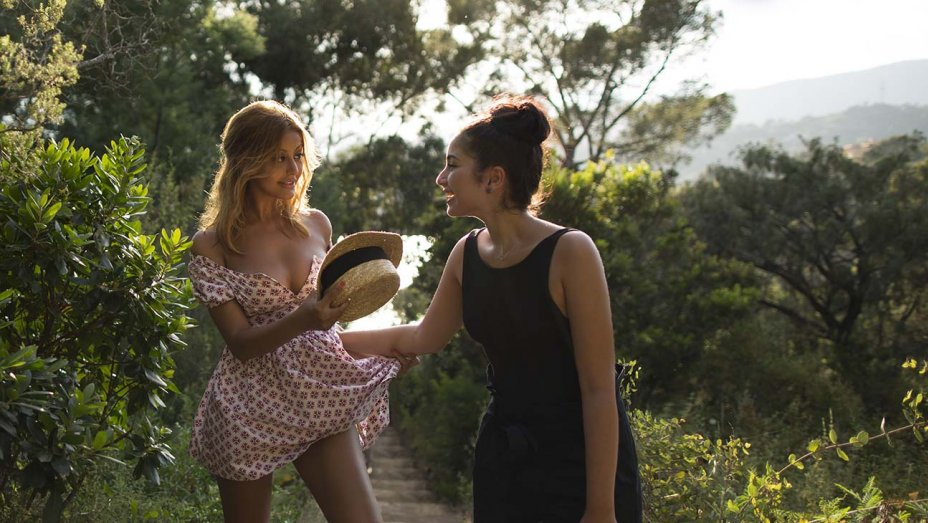 There’s something disconcerting about watching a film that’s set where you’re watching it. Rebecca Zlotowski’s An Easy Girl (Une Fille Facile) takes place in Cannes, primarily aboard one of the private yachts lined up along the seafront – looming objects of enviable wealth and status. The movie followa Naima (Mina Farid), a teenager whose attractive cousin, Sofia (Zahia Dehar), has suddenly started living with her and her mother, and it’s this financial tension that animates this otherwise intensely overfamiliar coming-of-age story.

The first shot is a zoom-in on Sofia as she swims, topless, in the ocean. The camera ogles her large breasts and bum, to make it clear that she’s the “easy girl” of the title. The young woman is eager to flirt with older men, particularly those with money, as she knows that her looks will buy her a better life. In fact, it’s the only way she can make a living. Impressionable Naima follows after her, eventually ditching her best friend Dodo (Lakdhar Dridi) as she’s drawn into the world of a wealthy yacht owner.

Naima’s relationship with Sofia should be the driving force behind the story, as the “easy” gold-digging life is gradually revealed to be hard, unforgiving work, but it’s scuppered by Dehar’s fairly terrible performance; she really has just been cast for her looks. The idea of a teenager getting caught up in situations beyond their control is potent enough to have fuelled plenty of coming-of-age stories, but beyond the sun-kissed locations, there’s nothing new here.

An Easy Girl ( Une Fille Facile) does not have a UK release date yet.