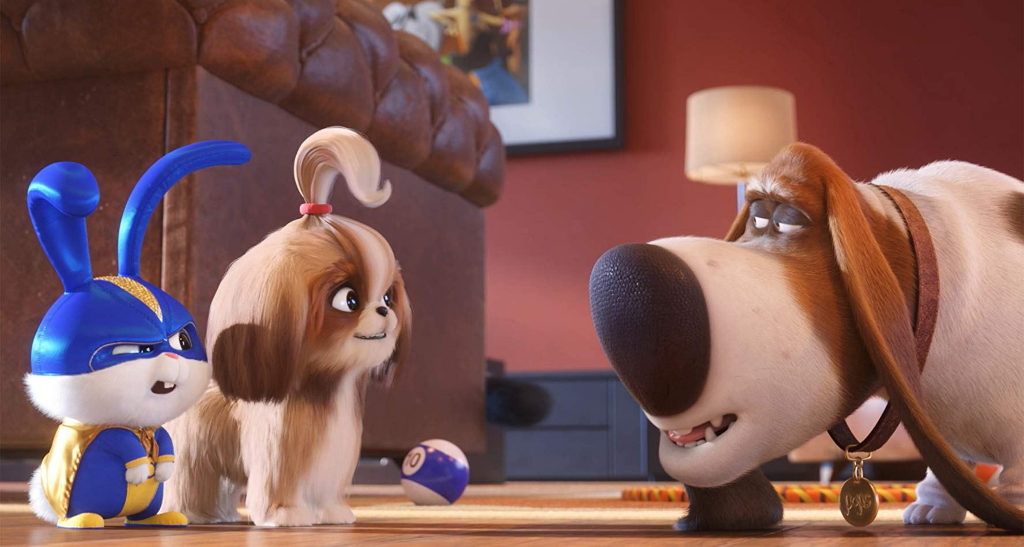 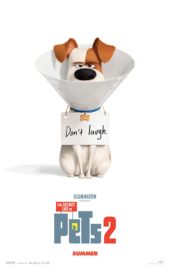 The Secret Life of Pets was a bit of an oddity. It was a hit film about anthropomorphic animals without an outstanding brand identity, like Kung Fu Panda’s take on wuxia or Ice Age’s basis on extinct creatures. It was deemed a Toy Story rip-off but that’s precisely why it was different. This sequel delightfully continues to tap into both the imaginative behaviours of pets and the beauty of domestication.

Patton Oswalt fills in for Louis CK – for reasons that children are better off not knowing – to voice the terrier Max, who’s off with fellow dog Duke (Eric Stonestreet) on a trip to the country, where they stay in a farmhouse and meet Rooster – a headstrong Welsh Sheepdog voiced by Harrison Ford in a tailor-made role – who teaches Max how to become courageous and brave at a critical time. Max’s owner Katy has had a baby boy, and he fears the prospect of separation from little Liam as the infant grows older.

Jenny Slate and Kevin Hart – the most indispensable cast members – are once again in their element as plush Pomeranian Gidget and zany rabbit Snowball, respectively. Both lead their own subplots: Gidget is entrusted with rescuing Max’s favourite toy from a scary, cat-filled apartment and Snowball is now a superhero, Captain Snowball, whose services are requested by a Shih Tzu named Daisy (Tiffany Haddish) to rescue a voiceless tiger named Hu. Hu is taken captive by a vicious circus owner with motives way too dark for a movie aimed at families, as he openly threatens to turn furry animals into coats.

All three narrative threads nicely coalesce in a spectacular climax which gives Max, Gidget and Snowball satisfying conclusions to their individual journeys of growth, the theme of building confidence running across all the storylines, which they achieve with the help of the other pets we know from the previous movie. The positive learning message is a lovely takeaway for younger audiences.

On top of the solemn ideas of personal development, The Secret Life of Pets 2 is so much fun, with lots of slapstick humour for kids to relish and plenty of laughs for the adults too – it features the funniest scene of an animal under the influence since The Good Dinosaur. Beautifully depicting human-pet relationships with relatable fears and joys, within a medley of hilarious, madcap scenarios, is what distinguishes the films from other anthropomorphic features.

Watch the trailer for The Secret Life of Pets 2 here: